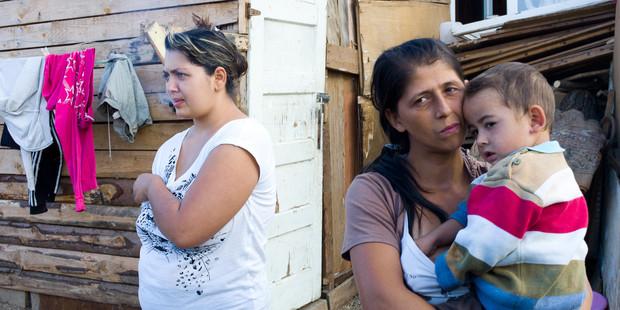 Romania’s continuing economic challenges that have seen two governments fall in fewer than three months are all the more reason for the authorities at all levels to close legal loopholes that affect the housing of some of the country’s most marginalized groups, Amnesty International said.

“These gaps in the law have allowed local authorities forcibly to evict people from their homes without any safeguards including prior notification or adequate consultation. Often, the local authorities left people homeless,” said Jezerca Tigani, Europe and Central Deputy Programme Director.
“People who live in informal settlements plus social housing tenants who have not had their lease renewed have no legal protection and can be forcibly evicted from their homes at any moment. Such human rights violations are affecting the most vulnerable, very often Roma.”
A briefing by Amnesty International, Unsafe foundations: Secure the right to housing in Romania, outlines key requirements under international law that must be complied with by governments to safeguard the right to housing, including a prohibition of forced evictions.
This briefing provides the Romanian government with a “housing law checklist” based on international standards that should serve as guidance for a legal reform that is long overdue.
The current law in Romania does not prohibit forced evictions. Nor does it prohibit housing relocations to areas which are unsafe and/or polluted, and which pose a risk to people’s lives and health.
It does not oblige authorities to provide public housing in locations which allow effective access to employment, health-care services, schools, child-care facilities and other services.
Further, the current law does not expressly prohibit segregation in housing and does not provide adequate protection against this particularly pernicious form of discrimination.
Amnesty International has documented numerous cases of Romani communities being forcibly evicted and relocated to the outskirts of the cities; to overcrowded homes lacking access to essential services, and to isolated locations which present serious environmental and health risks.
“The absence of fundamental legal protections and safeguards puts Romania directly in contempt of international standards on adequacy of housing and gives the green light to local authorities to put vulnerable families in even more appalling living conditions,” said Tigani.
On the freezing morning of 17 December 2010, 356 people, mostly Roma, who lived for years in Coastei Street in the centre of the city of Cluj-Napoca, were forcibly evicted without adequate notice or consultation. They were taken by truck with their belongings to new housing units in the Pata Rat area situated on a hill close to a landfill site and a chemical waste dump on the outskirts of the city.
On warm days, the smell of chemicals fills the air. Families - sizes of which vary between four and 11 people - were provided with one room of up to 18 m2. Four rooms share a communal bathroom with only cold water.
About 30 of the evicted families were not offered any alternative accommodation. Some of them constructed improvised houses next to the existing units without access to electricity, water, or sanitation and at risk of new eviction.
Pata Rat is 9km away from the city centre, it is not a residential area and transport is infrequent and expensive. The closest bus stop is 2.5km away, the closest school 9km, and shopping centre 10km.
Coastei Street is not an isolated case of forced eviction where the authorities have violated their obligations under international law as a result of deficiencies in the Romanian law.
“No matter whether people rent, own or occupy their home or land without proper documentation, everybody is entitled to the same level of protection against forced evictions, harassment or other threats,” said Tigani. “The new Romanian government should model its housing law on the international standards that it has voluntarily accepted and ensure that the law guarantees adequate housing and related rights for everybody in the country.”
8 May 2012 AMNESTY INTERNATIONAL PRESS RELEASE