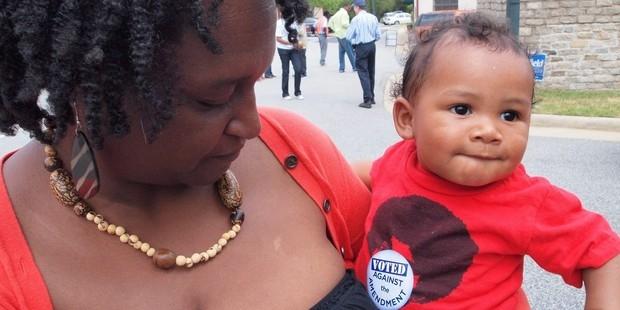 Some 61 per cent of voters in North Carolina supported the amendment. “This is a sad day for same-sex couples in North Carolina,” said Susan Lee, Amnesty International’s Director for the Americas. “All people, regardless of their sexual orientation or gender identity, should be able to enjoy the full range of human rights, without exception. “While several states across the USA have voted to allow same-sex couples to marry, North Carolina has taken a backward step and brought in a discriminatory ban which not only prohibits same-sex marriage but directly contravenes rights safeguarded in international law.” “Banning same-sex marriage prevents many people from enjoying a whole range of other rights, such as the right to housing and social security, and stigmatises those relationships in ways that can fuel discrimination and other human rights abuses against lesbian, gay and bisexual people.” The right marry to marry and found a family is clearly articulated under international law, to which the USA is a signatory. Same-sex marriage is legally recognized only in Vermont, New York, New Hampshire, Washington DC, Massachusetts, Maryland, Connecticut, Washington and Iowa. Twenty-nine US states already have a ban on same-sex marriage.