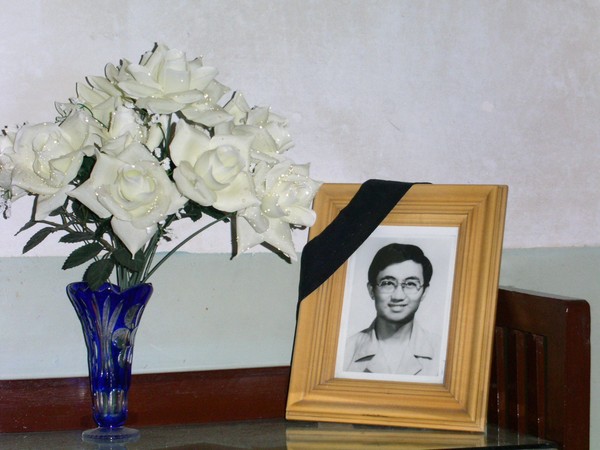 On the eve of the 23rd anniversary of the Chinese military’s violent suppression of peaceful demonstrators in and around Beijing’s Tiananmen Square, Amnesty International again calls on the government to hold an open and independent inquiry into the events of 1989.

Hundreds, if not thousands, were killed or injured on the night of 3 and 4 June when the People’s Liberation Army (PLA) opened fire on unarmed civilians. To this day, the government bans public discussion of those

events. Still, many brave Chinese have exercised their right to peacefully call on the government to reinvestigate the events surrounding the bloodshed and to hold those responsible accountable.

One of those brave people was Ya Weilin, whose 22-year-old son was shot and killed that night. For more than 20 years, Ya Weilin and his wife, Zhang Zhenxia, signed petitions and joined demonstrations calling on the government to make amends to the 1989 victims and their families. Late last month, Ya Weilin, 73, hanged himself in a parking garage below his home. In a note his family had found just before his death, Ya Weilin
wrote of his son’s death. He wrote that the government refused to hear his grievances and therefore he would fight with his death.

Ya Weilin served as an active member of the Tiananmen Mothers, a group formed to document the deaths in the 1989 massacre and force the government to re-investigate. Members of the group who have passed away since 2011 are profiled below. They all died waiting for justice.

Wang Peijing died following a stroke in February 2011. On 3 June, 1989 at 11 pm, her daughter Zhang Xianghong -- then a student at the People’s University in Beijing -- was walking home from a relative’s home
with her brother and sister-in-law when she was hit in her left chest by a bullet fired by PLA troops. The next morning, 4 June, she died. She was 20 years-old.

In February 2011, Li Shujuan suffered a heart attack and died at the age of 83. Her son, Ren Jianmin, was in his 30s at the time of the 1989 student-led demonstrations and simply passing through Beijing when he was
struck by shots fired by the PLA. Ren Jianmin could not afford a hospital stay, so his relatives brought him back home to Hebei Province. His family had no money for medical care, and Ren Jianmin’s condition
deteriorated. Shortly after the Mid-Autumn Festival of 1989, suffering from unbearable pain, Ren Jianmin committed suicide.

Pan Muzhi died in July 2011 at the age of 84 after battling lung cancer. On 4 June 1989, her youngest son, Lin Renfu, was riding his bike when he was reportedly crushed by a PLA tank. Before he died, Lin Renfu had
planned to travel to Japan for further studies after finishing his PhD. He was 30 years-old.

Xiao Changyi, from Hunan Province, died in May 2011 at the age of 74. During the crackdown on the student-led democracy movement in 1989, Xiao Changyi’s son, Xiao Bo, was shot in the chest by the PLA and
died. He was 27-years-old and left behind a wife and twin sons.

Ding Zilin of Tiananmen Mothers has said she will remember Xiao Changyi for his optimism. In a letter he wrote to her, Xiao Changyi said that finding justice and closure for the victims of the 4 June incident and their
families “involves a long struggle, but I believe that it will ultimately be resolved. I also am determined.”

Yang Yinshan died in July 2011 of unknown causes. He was in his 80s. Yang Yishan’s son, Yang Zhenjiang, worked at a Beijing hotel in 1989. On 4 June, a bullet fired by the PLA struck an artery in his left leg. Yang
Yishan died after arriving at hospital. He was 32 years-old.

Yuan Kezhi died in August 2011 at the age of 95. On 3 June 1989, her only son, Yuan Li, was shot in the throat by the PLA and died. He was 29, and had worked as an engineer.
Two years ago, Yuan Kezhi told Ding Zilin, “China will become a country ruled by law and the whole country will have to re-evaluate the pro-democracy movement from a legal perspective.” 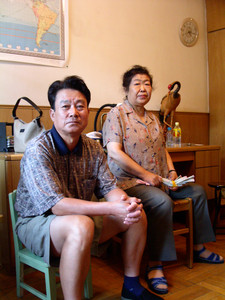 On 25 May, Ya Weilin, 73, hanged himself in a parking garage below his Beijing home. On 3 June 1989, his 22-year-old son, Ya Aiguo, was shopping west of Tiananmen Square when he was shot in the head by PLA
troops. Ya Aiguo’s parents finally found his dead body two days later in the No. 301 Hospital in Beijing. They buried him in their hometown of Tianjin.

Before Ya Weilin’s suicide, he and his wife, Zhang Zhenxia, had served as active members of Tiananmen Mothers. In the face of police intimidation and surveillance, the couple signed petitions and participated in
protests hoping to persuade the Chinese government to re-investigate the killings of civilians in and around Tiananmen Square on 3 and 4 June 1989. Before his suicide, Ya Weilin’s family members found a note he
had written with his name, work unit and information on his son’s death. He also wrote in the note that his grievance had not been addressed for more than 20 years and that he would fight the government’s inaction
with his death.

Amnesty International calls on the Chinese authorities to: