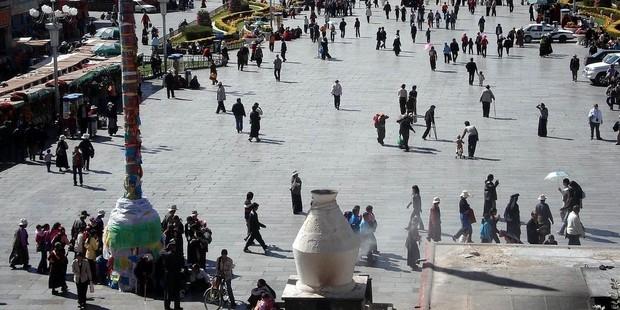 Chinese security forces must immediately release anyone arbitrarily detained in Lhasa (Lasa) since 27 May when two young Tibetan men set themselves ablaze outside the Jokhang Temple in protest at Beijing’s rule in the region, Amnesty International said.

Tibetan activists have told Amnesty International that since the self-immolations, the first in Lhasa, Chinese authorities in the city have rounded up large numbers of Tibetans resident outside the Tibet Autonomous Region (TAR).

Many are being held at Tsel Gungthang detention centre and other sites in Lhasa, while others have been expelled from the TAR. International media have reported that as many as 600 people have been detained.

Amnesty International cannot independently verify the number or nature of the arrests, but calls on the authorities either to charge those being held with a recognizable criminal offence or release them immediately.

“Massively cracking down on the population in Lhasa is not a solution to the broad unrest we are seeing among Tibetans.”

Since 2009, at least 38 Tibetans -- including many Buddhist monks and nuns -- have protested by setting themselves ablaze in different Chinese provinces. In the past five months alone, 25 people have self-immolated. The actions are seen as protests against Chinese rule over Tibet and calls for the return of the Dalai Lama who has been in exile in India since 1959.

On Wednesday, 30 May, a Tibetan woman set fire to herself in Dzamthang (Rangtang) county in the Ngaba (Aba) Tibetan and Qiang Autonomous Prefecture in Sichuan province.

In November 2011, Amnesty International and Human Rights Watch wrote to the Chinese authorities, calling on them to address the policies that have been fuelling the Tibetan self-immolations and deep-seated anger on the part of Tibetans in China.

The organizations called on the Chinese authorities to carry out a comprehensive review of the human rights stranglehold situation across the Tibetan plateau and to end legal and policy restrictions that breach human rights in the region.

“The recent string of self-immolations by Tibetans has been fuelled by years of repressive policies that violate fundamental freedoms in the region,” said Baber.

“Until these issues are resolved and the Chinese authorities loosen their stranglehold over Tibetan culture, the unfortunate truth is we are likely to see more of these desperate acts of protest.”