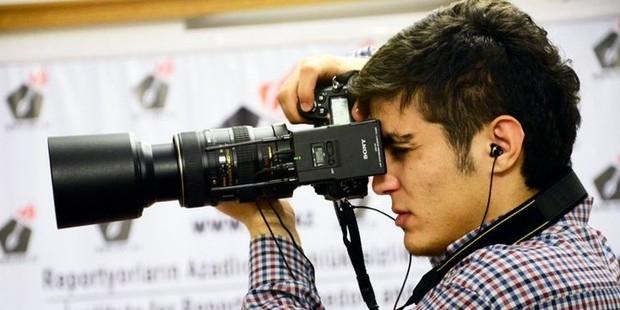 Bogus 'hooliganism' charges brought Wednesday against a 23-year-old video blogger, photojournalist and pro-democracy activist in the capital Baku must be dropped immediately and without conditions, Amnesty International said today.

The organization believes that activist Mehman Huseynov has been targeted for highlighting abuses in the country during last month’s Eurovision Song Contest. He was released on bail late last night but if convicted faces up to five years in prison.

His arrest comes amid a worrying rise in police harassment of young activists who participated in protests around Eurovision.

The continued reluctance of European leaders to condemn shocking rights violations in this oil-rich country gives the authorities leeway to exact their revenge.-

Huseynov worked as the Media Coordinator for the Sing for Democracy campaign group which encouraged Sweden’s Eurovision entry Loreen a“ who went on to win the contest to speak out about Azerbaijan’s human rights problems.

He has been accused of hooliganism and faces five years in prison if convicted. The charge relates to an incident during a protest he was covering on 21 May.

Eyewitnesses told Amnesty International that police officers deliberately smashed the cameras of Huseynov and a colleague, after which he swore at the officers. Under Azerbaijani law, hooliganism is a criminal offence only when it involves violence.

Five of the officers have testified that Huseynov not only swore, but acted violently though they gave no further details. Two witnesses testify that he did nothing violent, and video footage of the incident appears to support their accounts.

Huseynov’s photographs of peaceful protests being violently dispersed in Baku have been disseminated widely by international media and on social networks.

In March 2011 he was arrested and interrogated about his Facebook activity while working as a cameraman for Amnesty International.

He is the youngest brother of Emin Huseynov, Director of Azerbaijani NGO Institute for Reporters Freedom and Safety, who led the Sing for Democracy’ campaign.

We knew the authorities would take action against us, we just did not know how and when, Emin Huseynov told Amnesty International.

When will the international community tell our government enough is enough- I can only hope it will be in time to save my brother from prison.-

Mehman Huseynov is now the seventh journalist in custody in Azerbaijan, and if convicted would be the 15th prisoner of conscience in the country today.

According to the opposition Popular Front Party, three other youth activists who took part in protests during Eurovision have been harassed by police in the past week.

One of the activists, Khanim Mustafayeva, told Amnesty International that her father was summoned to police, and interrogated him about her having joined radical forces.

Police twice summoned the parents of activist Ramin Musayev to tell them their son had joined radical religious forces and had disturbed the public order. Musayev was then interrogated and threatened with expulsion from school.

The father of Bayim Hasanli, who witnessed the 21 May incident involving Mehman Huseynov, was also summoned to a local police station to be interrogated about his daughter’s activities.