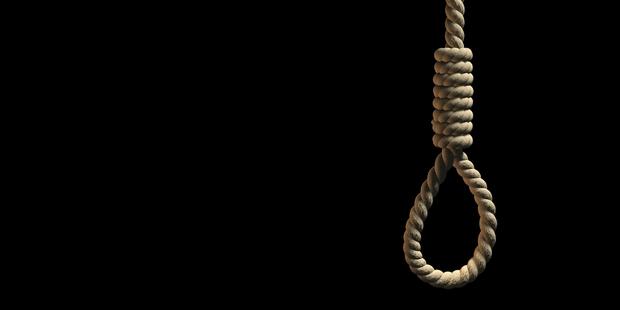 The execution of three men in the Hamas-controlled Gaza strip illustrates ongoing failures in the justice system to ensure a rigorous fair trial process, Amnesty International said after three murder convicts were hanged on Tuesday.

Gaza has recently seen a significant increase in executions, with three other hangings this year. At least 14 have been executed by Hamas since 2010.

“The hanging of these men is a deeply disappointing episode in the short history of Hamas’ de facto control of the Gaza Strip,” said Ann Harrison, Amnesty International’s Deputy Director for the Middle East and Africa.

“Amnesty International opposes the death penalty in all cases but at least one of those executed yesterday was sentenced to death after proceedings which failed to meet international fair trial standards.

“When individuals face the ultimate sanction, it is all the more necessary that trial proceedings are scrupulously fair.”

Twenty-one-year-old Na'el Jamal Qandil Doghmosh, one of the three executed, was sentenced to death for murder in April 2011. His final appeal was rejected by Gaza’s highest legal body, the Court of Cassation in May this year.

According to his family, Doghmosh “confessed” under torture by police investigators after he was arrested in May 2010. When his family was able to visit him two months later, his nails had been torn out and he had burns and bruises on his body.

Amnesty International is unaware of any investigation launched into these reports. Torture in detention in Gaza is common, with perpetrators rarely, if ever, brought to account.

The other two men executed yesterday, identified as “F.T.W.” and Hazem Hilmi Herez were convicted of murder and murder and robbery respectively.

“The refusal by Hamas to adhere to this legal requirement is just one example of how they flout the legal process,” said Ann Harrison.

“Another is the imposition of death sentences by military courts against civilians. Yesterday’s executions raise grave concerns for other Palestinian prisoners in Gaza on death row.”

“We urge the Hamas authorities to stop all executions and to immediately overturn or commute all death sentences in Gaza, or to grant re-trials in proceedings which comply with fair trial standards, and without recourse to the death penalty.”

Amnesty International is aware of some 27 Gaza prisoners on death row. One man known as A.M.A. could face imminent execution if his appeal to the military court against his conviction for “collaboration with the enemy” is rejected.

According to local human rights organizations, six of the 14 who have been executed by Hamas were convicted on charges of “collaboration with the enemy”, or treason by passing sensitive information to Israeli security bodies.

The Hamas Ministry of Interior justified the use of the death penalty in a press release saying that it has a duty to protect society and to enforce law and order.

“Amnesty International acknowledges that it is the right and responsibility of the Hamas administration to bring to justice those suspected of criminal offences,” said Ann Harrison.

“But there has never been any convincing evidence produced to prove that the death penalty is a more effective deterrent than any other form of punishment.”