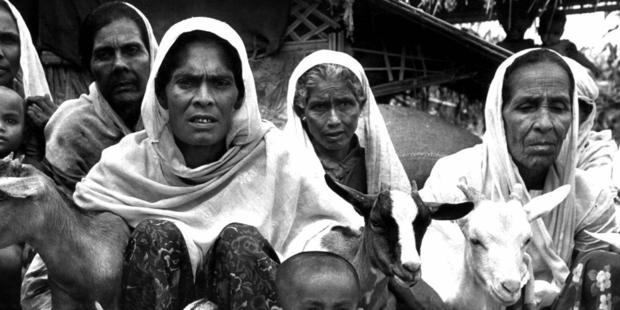 Six weeks after a state of emergency was declared in Myanmar’s Rakhine State, targeted attacks and other violations by security forces against minority Rohingyas and other Muslims have increased, Amnesty International said today.

Communal violence in the state has also continued, the organization said.

“It is the duty of security forces to defend the rights of everyone - without exception or discrimination - from abuses by others, while abiding by human rights standards themselves.”

The Myanmar government declared a state of emergency in Rakhine State on 10 June, following an outbreak of communal violence the previous week among the Buddhist Rakhine, Muslim Rakhine, and Muslim Rohingya communities. It remains in effect in several areas.

Since then, Myanmar’s Border Security Force (nasaka), army, and police have conducted massive sweeps in areas that are heavily populated by Rohingyas. Hundreds of mostly men and boys have been detained, with nearly all held incommunicado, and some subjected to ill-treatment.

While the restoration of order, security, and the protection of human rights is necessary, most arrests appear to have been arbitrary and discriminatory, violating the rights to liberty and to freedom from discrimination on grounds of religion.

“In six weeks, Myanmar has not only added to a long litany of human rights violations against the Rohingya, but has also done an about-turn on the situation of political imprisonment,” said Zawacki.

“After more than a year of prisoner amnesties and releases, the overall number of political prisoners in Myanmar is again on the rise.”

Anyone arrested since 10 June must be either charged with an internationally recognized offence and be remanded by an independent court, or released. Any judicial proceedings must meet international standards of fairness and must not include the imposition of the death penalty.

Amnesty International has also received credible reports of other human rights abuses against Rohingyas and other Rakhine Muslims- including physical abuse, rape, destruction of property, and unlawful killings - carried out by both Rakhine Buddhists and security forces. The authorities should stop these acts and prevent others from occurring.

On 3 June, a large group of local Rakhine Buddhists killed 10 Muslims in Taung Gouk township in Rakhine State, who were returning by bus to their homes in Yangon.

Myanmar’s National Human Rights Commission said on 11 July that at least 78 people have been killed since the violence began, but unofficial estimates exceed 100.

Between 50,000 and 90,000 people - with lower figures coming from the government and higher ones from UN agencies- are estimated to have been displaced.

The discrepancy between the figures is largely due to the Myanmar authorities allowing extremely limited access to independent and international monitors as well as humanitarian aid workers.

“The human rights and humanitarian needs of those affected by the violence depend on the presence of monitors and aid workers,” said Zawacki.

“The Myanmar authorities are compounding the error by exacerbating the suffering of those displaced by the violence and violations.”

Amnesty International is calling on Myanmar’s Parliament to amend or repeal the 1982 Citizenship Law to ensure that Rohingyas are no longer stateless.

“Under international human rights law and standards, no one may be left or rendered stateless. For too long Myanmar’s human rights record has been marred by the continued denial of citizenship for Rohingyas and a host of discriminatory practices against them,” said Zawacki.