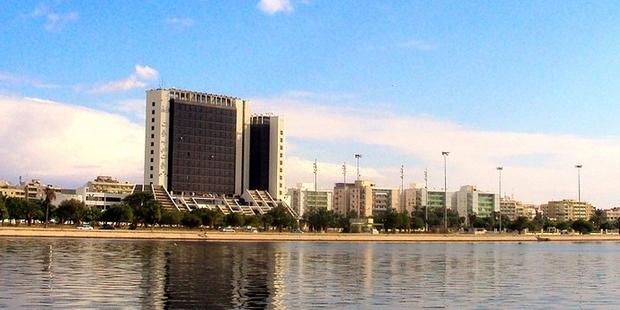 At 1am on Tuesday, the delegation was intercepted on a road in the eastern Libyan city of Benghazi and driven away by a group of unidentified armed men, who did not present an arrest warrant. The exact fate and whereabouts of the seven Iranian Red Crescent members remain unknown. Their Libyan driver was left untouched and allowed to go free.

The Libyan Red Crescent Society (LRCS) had invited their Iranian counterparts to carry out the trip, which included a meeting with the Benghazi Local Council.

At the time of their abduction, the humanitarian workers were on their way back to the Tebesti Hotel after a meeting at the LRCS Benghazi headquarters late on Monday night.

“The seven Iranian Red Crescent members must be allowed to go free. In the meantime, the armed militiamen holding them must immediately grant them contact with the outside world and ensure their safety,” said Hassiba Hadj Sahraoui, Deputy Director of the Middle East and North Africa Programme at Amnesty International.

According to LRCS General Secretary Abdulhamid Elmadani, efforts to approach all known security, military and civilian bodies in Benghazi have not yet been successful in locating the Iranian delegation’s exact whereabouts or identifying their captors.

The LRCS called on the armed militiamen holding the delegation to release them in light of the solidarity and support provided by the Iranian Red Crescent during last year’s “17 February Revolution”, which led to the overthrow of Colonel Mu’ammar al-Gaddafi’s government.

“It is deeply worrying that the seven Iranians invited to Libya to discuss co-operation in the humanitarian field have been lawlessly abducted and held. Their plight highlights the urgent need for the Libyan authorities to rein in armed militias who are operating out of control,” said Hassiba Hadj Sahraoui.

Since the fall of the capital Tripoli to anti-Gaddafi forces nearly a year ago, armed militias have detained thousands of suspected al-Gaddafi loyalists and soldiers, as well as foreign nationals accused of being “mercenaries”, or of entering the country illegally. Many have been tortured or otherwise ill-treated in detention.