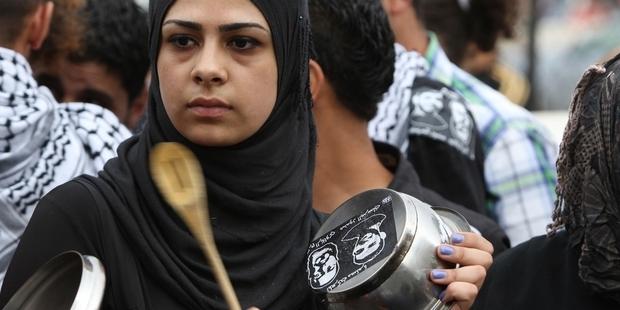 The Israeli authorities must release or admit to hospital Palestinian hunger striker Samer al-Barq, who has been held without charge or trial since July 2010, Amnesty International said.

Samer al-Barq, 37, who is currently held in the Israeli Prison Service (IPS) medical centre in Ramleh prison, has been on hunger strike since 15 April this year apart from eight days in mid-May ? a total of 139 days.

“Samer al-Barq, who has never been charged with any offence, is on the verge of death in prison and must be released immediately if he is not to be charged and fairly tried.  At the very least he must urgently be admitted to a civilian hospital,” said Ann Harrison, Amnesty International’s Middle East and North Africa Deputy Director.

“He urgently needs specialised medical care that can only be administered in a civilian hospital and must therefore be admitted to one by the prison authorities, or released so that he can seek the medical care he needs himself.”

Samer al-Barq’s lawyer said Samer is on a drip, but has not received or been told he will receive the specialised medical treatment he requires.

Prior to his transfer to AssafHarofeh public hospital on 27 August for two days, he was suffering from liver problems and had a low pulse rate and low blood pressure.

An initial judicial review was held at the hospital on 28 August.  According to the lawyer who was present there, SamerBarq was shackled to his hospital bed.

The lawyer said that, during the review, Samer had great difficulty in speaking and was probably not even fully aware of his surroundings during the proceedings, which have been postponed to 6 September.

He was returned to the IPS medical centre the next day and held in an isolation cell along with fellow administrative detainee Hassan Safadi, whose life is also in grave danger as a result of his second hunger strike which he began on 21 June.

“Israel’s denial of proper access to medical treatment for someone as close to death as Samer al-Barq ? and their shackling of him in his hospital bed - amounts to inhuman and degrading treatment in violation of Israel’s international human rights obligations,” said Ann Harrison.

According to a lawyer who visited the medical clinic on 30 August, al-Barq was too weak to meet him and could not get out of bed.

The IPS has granted permission for local NGO Physicians for Human Rights ? Israel to visit al-Barq and other hunger strikers on Monday 10 September, but it is feared that may be too late.

Samer al-Barq originally staged a hunger strike for 30 days earlier this year, ending it on 14 May.

But he resumed it eight days later on 22 May after his detention order was renewed yet again.

According to al-Barq’s brother, Samir Helmi al-Barq, Samer left Jordan in 1996 and went to study in Pakistan where he received a Masters degree in Science.

But he was arrested by the Pakistani authorities on 15 July 2003 and held for 14 days after applying to study for a PhD in Islamic Studies in Islamabad.

Al-Barq does not know the reason for his arrest.

He was then handed over to the US authorities and kept for an additional three months in a secret prison in an unknown location outside Pakistan.

He alleged, in a private statement received by Amnesty International, that he “suffered numerous forms of inhumane torture during that period”.

Al-Barq said he was handed over to the Jordanian authorities on 26 October 2003, who kept him in detention for over four years, without charging him or telling him why he was being held.

He said he “was tortured physically and mentally” and “hidden from human rights groups, [and not] allowed to contact [his] family”.

After being transferred several times between prisons, he was released on bail in January 2008.