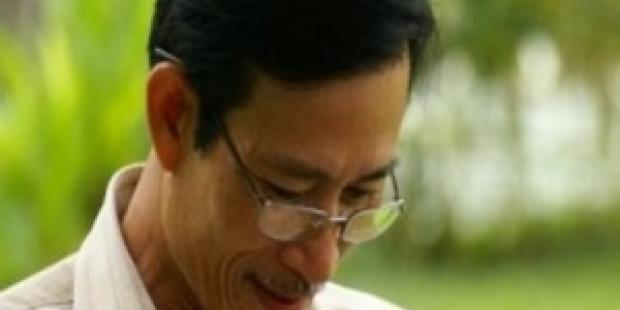 Three bloggers who face up to 20 years in jail simply for exercising their right to freedom of expression should be released immediately and unconditionally, Amnesty International said today, ahead of their trial at Ho Chi Minh City’s People’s Court on Monday 24 September 2012.

Their trial comes as the Vietnamese authorities continue to crack down on freedom of expression and peaceful assembly.

“The Vietnamese authorities must abide by their constitutional and international obligations to respect the Vietnamese people’s right to freedom of expression”, said Rupert Abbott, Amnesty International’s Researcher on Viet Nam.

“The bloggers are prisoners of conscience, detained solely for the peaceful exercise of their right to freedom of expression through their online writings, and must be freed”.

The bloggers are Nguyen Van Hai, known as Dieu Cay (“the peasant’s pipe”); former policewoman Ta Phong Tan, whose blog is called “Justice and Truth”; and Phan Thanh Hai, known as AnhBaSaiGon. They are accused of conducting anti-state propaganda under Article 88 of Viet Nam’s Criminal Code - offences that carry sentences of up to two decades.

The three bloggers have all been held in lengthy pre-trial detention. Their trial was originally due to be held on 17 April this year, but has been delayed three times; last time when Ta Phong Tan’s mother, Dang Thi Kim Lieng, died after setting herself on fire outside government buildings on 30 July 2012 to protest the treatment of her daughter.

Amnesty International has received numerous reports about the Vietnamese authorities harassing and intimidating the family members and friends of those who criticise government policies and advocate greater freedoms.

The group had gathered at the home of Ta Phong Tan’s mother, Dang Thi Kim Lieng, in southern Bac Lieu province, for a special ceremony to commemorate her death. As they waited for a taxi after the ceremony, the authorities allegedly orchestrated a motorbike accident as a pretext for detaining them. Police beat all of them, but released them later that day.

“By detaining and beating mourners commemorating the death of blogger Ta Phong Tan’s mother, the Vietnamese authorities have reached another low”, said Abbott.

“The three bloggers must be released, and the shameful harassment of their families and friends must end, with those responsible held accountable”, he said.