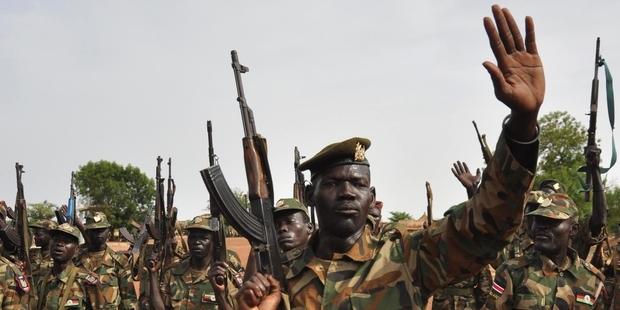 Far from bringing security to the region, the SPLA have committed shocking human rights violations.

The abuses by the South Sudan Army (known as the SPLA) and the South Sudan Police Service Auxiliary Force (SSPS) have taken place during Operation Restore Peace, instigated by the government in March 2012.

“Far from bringing security to the region, the SPLA and the police auxiliary forces have committed shocking human rights violations and the authorities are doing very little to stop the abuse,” says Audrey Gaughran, Amnesty International’s Africa Director.

“Authorities have accepted that individuals are guilty of these violations and claim that it is not illustrative of the behaviour of the SPLA as a whole, but this cannot be used to justify these violations or the failure to deal with them properly.”

Amnesty International researchers, who travelled to some of the most remote villages in Pibor County in the south-east of Jonglei State, interviewed scores of people who described acts of torture and abuse committed against civilians, including children as young as 18 months old, in addition to having their property looted and crops destroyed.

Researchers spoke to a woman whose brother was shot dead by someone believed to be an auxiliary police officer in front of their home and to two men who were ambushed and shot by soldiers. None of the men who were shot had been armed.

Amnesty International also documented credible reports of rape and attempted rape by SPLA forces. One elderly woman explained how a soldier raped her daughter while other soldiers were beating her and her granddaughter with large sticks. Her granddaughter was left unconscious.

Civilians told Amnesty International that in many villages, soldiers had returned to the area two or three times to disarm the population. In Thangajon village, for example, soldiers came twice in July and once in August.

K.E, a mother of four explained: “I was at home with five other women and our children. They asked to give us guns and we said we didn’t have guns and we were beaten with sticks. They took us to pools behind our homes. One soldier stepped on my neck to push my head down and one stepped on my back so I couldn’t jump out. My brother’s wife was unconscious.”

Amnesty International is calling on the South Sudanese authorities to carry out independent and impartial investigations into allegations of attacks against civilians by members of the armed forces and to monitor effectively the civilian disarmament process.

Amnesty International is aware of five soldiers detained in Pibor County for allegedly committing rape and murder. The lack of a judge advocate and civil prosecutor and judge in Pibor means that investigations and trials have not proceeded.

Gaughran said: “Security forces committing these horrific acts of violence have to be fully held to account.”

Amnesty International also calls upon the United Nations Mission in South Sudan to step up its efforts to protect civilians, including by deploying peacekeepers in areas where there is significant potential for violations by the SPLA.