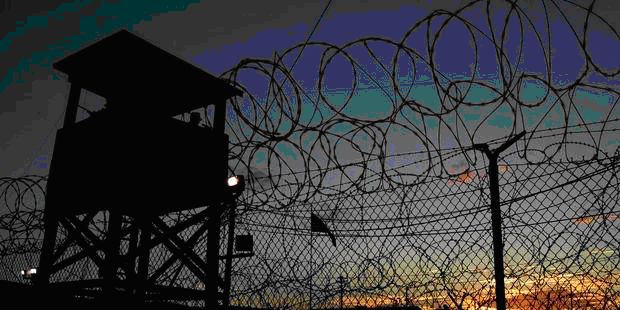 Yemeni national Adnan Latif was the ninth detainee to die in US custody at the Guantánamo Bay naval base.

Yemeni Adnan Farhan Abdul Latif, in his 11th year of detention without charge or trial, found dead in cell.

A tragic reminder of the numbing cruelty of the USA’s indefinite detention regime at its Guantanamo Bay detention facility, and the urgent need to resolve the detentions, comes with the news that another detainee has died at the naval base.

The US military authorities announced on 10 September 2012 that a detainee had been found dead in his cell in the maximum security Camp 5 building on 8 September. It withheld the man’s identity and nationality, pending notification of his family. It has now been confirmed that the dead man was Yemeni national Adnan Farhan Abdul Latif. He had been in US military detention without charge or trial for more than a decade.

This is the ninth known death of a detainee at Guantanamo since detainee operations began there in January 2002.  According to the US military authorities, six of the previous eight deaths were the result of suicide and two from natural causes.

The continuing detention of Adnan Farhan Abdul Latif was a stark illustration of how the USA used the “global war” framework it adopted after the attacks of 11 September 2001 to bypass human rights principles and leave scores of detainees in Guantanamo and their families with the cruel uncertainty of indefinite detention. Adnan Latif was seized by Pakistani police in December 2001 near Pakistan’s border with Afghanistan, handed over to US custody at the end of that month and transferred to Guantanamo on 17 January 2002. He had been held in the naval base ever since, with his mental and physical health causing considerable concern over the years.

In a meeting with his habeas corpus lawyer in Guantanamo on 10 May 2009, Adnan Abdul Latif cut one of his own wrists. He had previously made a number of suicide attempts. Writing to his lawyer from isolation in Guantanamo’s Camp 5 in March 2010, he said that his circumstances make “death more desirable than living”. In a meeting with his lawyer on 25 October 2011, he reported suffering from chronic back pain, and complained of headaches, heartburn, and a sore throat. He has been waiting for years for a hearing aid for deafness in his left ear resulting from a car accident in Yemen in 1994.

In June 2010, eight and a half years after Adnan Abdul Latif was taken into custody, and two years after the Supreme Court ruled that the Guantanamo detainees had the right to challenge the lawfulness of their detention in US federal court, a District Court judge held a hearing on the merits of his habeas corpus petition (originally filed in 2004). Adnan Abdul Latif maintained that he travelled to Pakistan in August 2001 to seek medical treatment for the injuries he sustained as a teenager in his 1994 car accident, and that he had travelled to Afghanistan in pursuit of this medical care before fleeing the US bombing of Kabul in late 2001. The US government alleged that he was recruited by al Qa’ida to travel to Afghanistan and that he trained and fought with the Taleban. In July 2010, District Court Judge Henry Kennedy ruled that the government had not proved its theory by “a preponderance of the evidence” and held that Adnan Abdul Latif’s detention was unlawful. Judge Kennedy’s ruling disclosed that in 2004 the Department of Defense had determined that Latif “is not known to have participated in combatant/terrorist training” and had recommended then and again in 2007 his transfer out of Guantanamo.

The Obama administration appealed. The case turned on a classified intelligence report, which Judge Kennedy had found insufficiently reliable to base the detention upon. The government argued that he had failed to properly assess Adnan al Latif’s credibility and had been wrong in its assessment of the reliability of the intelligence report. On 14 October 2011 ? nearly a decade after Adnan al Latif was taken into custody ? a divided panel of the Court of Appeals ruled 2-1 in favour of the government, overturning Judge Kennedy’s order.

The majority ruled that “in Guantanamo habeas proceedings a rebuttable presumption of regularity applies to official government records, including intelligence reports like the one at issue here”. The dissenting judge accused his two colleagues of “mov[ing] the goal posts” by “imposing this new presumption”, and arguing that it “comes perilously close to suggesting that whatever the government says must be treated as true”. He noted that the intelligence report in question was “produced in the fog of war by a clandestine method that we know almost nothing about” which was “prepared in stressful and chaotic conditions, filtered through interpreters, subject to transcription errors, and heavily redacted for national security purposes”.

At the meeting with his lawyer in Guantanamo 11 days after the Court of Appeals ruling on his case, Adnan Abdul Latif said “I am a prisoner of death”. His lawyers appealed to the US Supreme Court to review Adnan Latif’s case. On 11 June 2012 the Court refused, without comment, to do so.

According to his attorney, Adnan Latif had been held in solitary confinement for the majority of his detention and had never received adequate treatment for medical problems he had suffered throughout his decade at Guantanamo. In a letter to his lawyers in March 2010, Adnan Latif alleged that he had been repeatedly ill-treated by Guantanamo’s Immediate Response Force (IRF), and described how “IRF teams enter my cell on [a] regular basis.  They throw me and drag me on the floor…two days before writing this letter, [the IRF team] strangled me and pressed hard behind my ears…I lost consciousness for more than an hour.” Latif also wrote in his letter that the circumstances in which he was then living “makes death more desirable than living…I find no taste for life, sleep or rest.”

Amnesty International reiterates that the families of those who have died at Guantanamo should have access to remedy, including compensation, for any human rights violations to which their relatives were subjected during their years in US custody, including arbitrary detention, enforced disappearance, and torture or other cruel, inhuman or degrading treatment or punishment.

Amnesty International continues to call on the USA to bring the detainees still held in Guantanamo to fair trial in independent courts, or to release them.