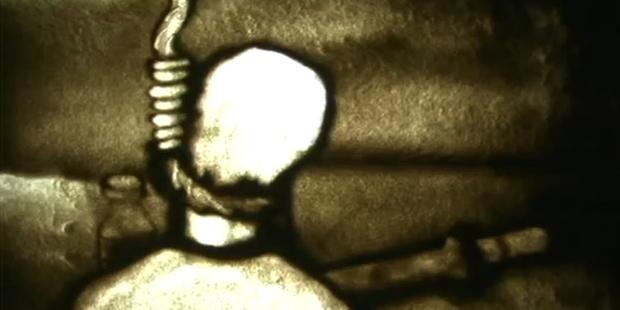 Amnesty International marks the World Day against the Death Penalty on 10 October.


The last decade has seen significant progress towards abolishing the use of the death penalty worldwide, but serious challenges remain before capital punishment is relegated to the dustbin of history, Amnesty International said marking the 10th World Day against the Death Penalty on 10 October.

Campaigning by a global coalition has contributed to the decision in 17 new countries to abolish the death penalty for all crimes since the first World Day was held in 2003, bringing the total to 140 states which have abolished in law or practice ? more than 70 per cent of the world’s countries.

But even though there are fewer offending states, a handful ? among them powerful states like the USA and China ? still carry out executions with appalling regularity.

“In 2011, only 21 countries carried out executions ? down from 28 countries at the time of the 1st World Day against the Death Penalty. To have 17 countries abolish capital punishment for all crimes in this period is a sign of significant progress,” said Widney Brown, Senior Director of International Law and Policy at Amnesty International.

“But despite this success, the battle against the death penalty is a long one and there is a lot of work to do to convince the remaining governments to stop the practice once and for all.”

A definite abolitionist trend
Among the 140 countries that have now abolished the death penalty in law or practice are states representing all major world regions, religions and cultures, as well as diverse legal systems.

Since 2003, each year an average of two countries have abolished the use of capital punishment for all crimes ? the most recent was Latvia in January 2012.

In the same period, 26 new states ratified the UN-backed accord abolishing the death penalty ? the Second Optional Protocol to the International Covenant on Civil and Political Rights (ICCPR). It now has 75 member states, after being ratified by Benin and Mongolia earlier this year, and was recently signed by Madagascar.

Even some of the countries with the most executions have made advances. In the USA, several individual states have abolished the death penalty.

Reforms
Another group of countries retain capital punishment but have introduced important reforms to reduce the number of capital crimes.

In 2011, these included China, the Gambia and Taiwan. China ? which executes the most people by far in the world ? abolished the death sentences for 13 non-violent offences and in cases where the accused is over the age of 75. But the scrapped capital crimes were seldom used, and it also extended death sentences to additional crimes.

Amnesty International opposes the death penalty in all cases without exception. But because change on the issue is often incremental, the organization continues to campaign for all states to abolish executions for people convicted of a committing a crime when they were children, as well as those who have mental or intellectual disabilities.

The organization also urges countries to adhere, at the very minimum, to all international standards on the use of the death penalty, including those calling for the death penalty to be used only in cases that meet the “most serious crimes” threshold ? moving away from its use in drugs offences ? common in Iran, Saudi Arabia and Singapore ? and other non-lethal crimes.

A fatal few holdouts
Although states that execute find themselves in an ever-shrinking minority, judicial killings continue apace.

Each year, in addition to an unknown number of people executed in China, countries including Iran, the USA, Yemen and North Korea each carry out scores of executions.

In 2012, Iraq, the Hamas-controlled Gaza Strip in the Occupied Palestinian Territories and Saudi Arabia have actually seen a rise in executions. Almost a third of those executed in Saudi Arabia in 2012 ? 65 by early October ? were alleged drugs offenders, including many foreign nationals. In Iraq 119 people have been executed this year so far ? almost double the known total for all of 2011.

In a particularly troubling development, several countries have recently resumed executions ? including Botswana, Japan, and the Gambia. In India, the threat of resumption is imminent. In some cases renewed executions followed a long hiatus ? the Gambia had previously not carried out death sentences for three decades.

Discrimination still often plays a significant role when it comes to meting out the death penalty, as often those with the least financial means, access to lawyers, or simply an understanding of the local language end up on death row.

And in some countries, people of specific ethnic or religious backgrounds disproportionately receive death sentences ? for example Kurds and religious minorities in Iran.

Amnesty International continues to urge all states to abolish the death penalty.

But until they do, it is imperative that the entire process meet international fair trial standards, including that charges and legal proceedings must be transparent, and the sentence subject to a mandatory judicial review. Governments also have an obligation to report on all instances of death sentences being handed down and carried out.

“No criminal justice system on earth is perfect, so even with safeguards in place, there is always a very real risk of executing someone who is innocent. No state can justify taking such a risk,” said Brown.

“This possibility and the irreversible nature of the death penalty are just two reasons why we will continue to campaign for all states still carrying out executions to reconsider, in hope they will join the overwhelming majority of the world that has given up the ultimate cruel and inhumane punishment.”

Amnesty International began its global campaign for an end to the death penalty under all circumstances in 1977.