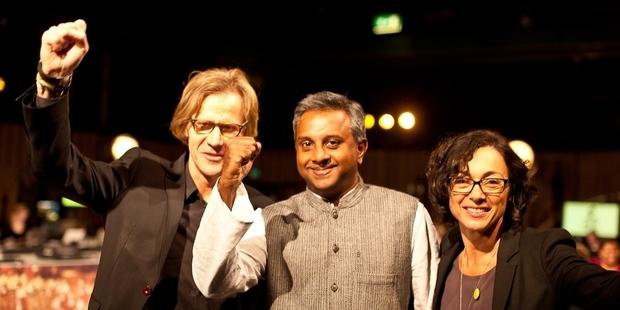 The generosity of millions of Norwegians means that Amnesty International is set to receive more than 165 million Norwegian krone (US $30 million) to help fund its work in strengthening human rights around the world.

More than 100,000 volunteers with collection boxes knocked on the doors of two million homes for the Amnesty International Norway telethon fundraiser, while the Norwegian Broadcasting Corporation (NRK), the national broadcaster, dedicated eight-and-a-half hours of TV to the effort.

“All this money has been raised in a fantastic atmosphere, with people being incredibly willing to give and talk about Amnesty International’s mission and efforts. It has been a wonderful recognition of the work we do.

“The money that will be pouring into Amnesty International will be spent on all sorts of human rights projects around the world including working to protect freedom of speech, overcoming discrimination against women and minorities, combating sexual violence, helping to build corporate social responsibility and creating and improving justice systems in the Middle East and North Africa .”

Donations to the telethon are set to continue until the final result is known around mid-December.

It was the third time Amnesty International had been selected to be the recipient of the annual fundraiser, which was organised by NRK in cooperation with selected organizations and has been held annually in the country for 38 years.

“This is among the most successful results of the telethon in its 38-year history,” added Salil.

“There has been massive media coverage and there was not one spot in the country that was not involved in the telethon, with cities and counties competing to raise funds.”

The NRK broadcast continuously from 3.45pm on Sunday 21 October until after midnight, with guests talking about how and where they worked with Amnesty International and discussing a variety of human rights issues and themes.

An 80-hour radio show held over three days and concentrating on LGBTI (Lesbian, Gay, Bisexual, Transgender and Intersex) issues was also broadcast from a glass studio erected in the main square in Oslo to accompany the telethon.