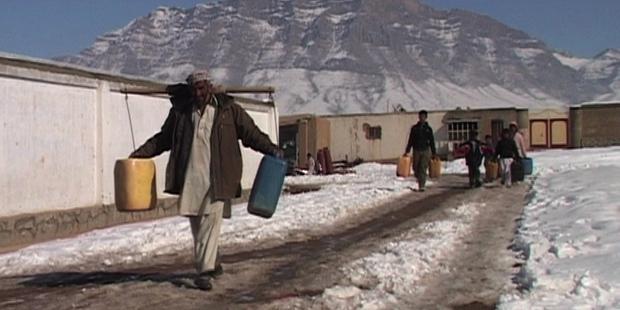 With conflict and insecurity rising in Afghanistan, the country’s displaced population has reached a record half a million according to the UNHCR, though the actual number is likely to be much higher(C)AI

Urgent steps are needed if Afghanistan is to avoid a repeat of the deaths among children and adults in the country’s displacement camps that occurred during last year’s bitterly cold winter conditions, a coalition of 30 NGOs including Amnesty International said.

The 2011/12 winter was unusually cold in Afghanistan, and more than a 100 people, mostly children, died in refugee camps from the cold or illness.

In an open letter to the UN, the Afghan government and international donors, Amnesty International, the Norwegian Refugee Council and 28 other NGOs, called for the immediate launch of a winter assistance campaign to safeguard the lives of hundreds of thousands of internally displaced persons (IDP).

“What happened last year was a preventable tragedy, and should act as a sharp reminder that emergency assistance must be provided immediately before the winter arrives,” said Polly Truscott, Deputy Director of Amnesty International’s Asia-Pacific Programme, who is currently in Kabul to discuss the IDP situation with the Afghan government and the donor community.

“Afghanistan and the international community should remember that taking steps to safeguard lives in these camps is an obligation under international law.”

With conflict and insecurity rising in Afghanistan, the country’s displaced population has reached a record half a million according to the UNHCR, though the actual number is likely to be much higher.

The Afghan government has started to develop a welcome national IDP policy after last year’s crisis, and requested international support to finalise and implement this policy.

“The drafting of the new IDP policy is a positive step that shows a commitment to address the vulnerable situation of those displaced, but such policies take time to design and money to implement. What is needed now is urgent action,” said Truscott.

The organisations pointed out that the 2011 budget of only US$6 million for Afghanistan’s Ministry for Refugees and Repatriation was not enough to address even the most basic assistance and protection needs. Furthermore, the international humanitarian appeal for Afghanistan had only been 34 per cent funded, while the Emergency Response Fund was also depleted.

“The uncertainty among many Afghan people over the draw down of international forces and the political, security, social and economic impact of transition is likely to trigger further internal displacement, particularly if security conditions do not improve in the short-term,” said Truscott.

“The protection concerns of IDPs must be addressed as a matter of urgency, as transition gathers pace.”