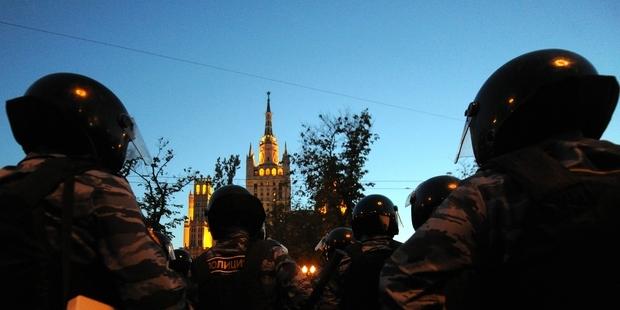 Claims a Russian opposition MP’s assistant was abducted in Ukraine and forced to return to Russia where he has alleged he was tortured or otherwise ill-treated must be investigated, Amnesty International said in a letter to the Russian Federation Prosecutor General.

Reportedly,  Leonid Razvozzhayev, was interrogated by the Investigations Committee of the Russian Federation on 22 October 2012, three days after his abduction from Ukraine, which followed his approach to the United Nations’ High Commissioner for Refugees Office in Kyiv to seek asylum.

His abduction took place on the same day he was put on a “wanted list” in the Russian Federation in connection to a criminal case against him and two others, including the leftist front activist, Sergey Udaltsov and his assistant, Konstantin Lebedev, on charges of plotting mass disturbances.

Allegations that Leonid Razvozzhayev was abducted by Russian Federation government agents and tortured or subjected to other forms of ill-treatment are extremely disturbing and the Russian Federation must ensure such allegations are promptly, thoroughly, effectively and independently investigated.

Any official found to have sanctioned or conducted such acts must be held accountable. In addition, while it is not clear what role Ukraine has, if any, in this incident, a determination of Ukraine’s involvement should be made by an independent and impartial investigation.

Confessions and testimonies were allegedly extorted from Leonid Razvozzhayev through unlawful means of interrogation while he was in police custody in Russia and used to incriminate him, Konstantin Lebedev and Sergei Udaltsov. Razvozzhayev made the allegations on a video subsequently posted on the internet as he was escorted by police from a Russian court on 21 October 2012

In a letter sent by Amnesty International, the organisation underlined the fact the Russian Federation is party to the International Covenant on Civil and Political Rights, the Convention Against Torture and the European Convention on Human Rights, all of which prohibit torture and other cruel, inhuman or degrading treatment or punishment.

On 22 October 2012, it was announced that the Investigation Committee of the Russian Federation would investigate these allegations.

Leonid Razvozzhayev and Konstantin Lebedev are reported to have been denied access to their lawyers, with Razvozzhayev being allocated a new lawyer reportedly reportedly not of his own choosing to replace the one he and his family had contracted earlier.

Amnesty International emphasizes that the alleged denial of access of the lawyers to their clients constitutes a violation of Russian criminal procedure and of the right of Leonid Razvozzhayev and Konstantin Lebedev to legal counsel of their own choice and this must be rectified.

Such actions call into question whether the authorities intend to conduct the trial of Leonid Ravozzhayev, Konstantin Lebedev and others accused in connection with this criminal case, in line with international fair trial standards.