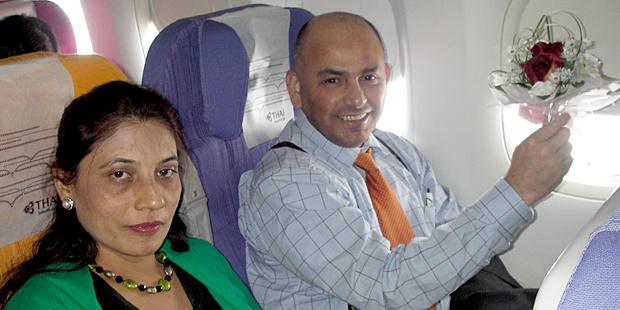 The acquittal of a man who spent 15 years in prison for a murder he did not commit is a sharp reminder why Japan must reform its police detention system, Amnesty International said on Wednesday.

Govinda Prasad Mainali, a Nepalese migrant worker who consistently maintained his innocence, was formally cleared on Wednesday at the Tokyo High Court of killing a Japanese woman in March 1997.

When initially arrested, Mainali was denied access to lawyers and was beaten, kicked and pinned against the wall by police officers during pre-trial interrogations.

After the initial court hearing, Amnesty International raised concerns that Mainali had been denied the right to a fair trial.

Prosecutors also withheld vital DNA evidence that would have aided his defence, only releasing the information in July last year.

“Mainali’s acquittal shines a spotlight not only on the injustice he has suffered but on a system which unless reformed will perpetuate violations of international fair trial standards,” said Rajiv Narayan, Amnesty International's Japan Researcher.

“It is simply not acceptable that the police can act with carte blanche powers during interrogations, with suspects routinely tortured or otherwise ill-treated and denied access to lawyers.”

In Japan a suspect can be detained under the daiyo kangoku - substitute prison - system, for up to 23 days without charge and have limited access to lawyers.

Both Amnesty International and the UN have repeatedly called on Japan to repeal or substantially reform this system as it violates Japan’s human rights treaty obligations.

There are no rules on the length of interrogations, which are not fully recorded and which lawyers are not permitted to attend.

Amnesty International has documented the routine use of torture or other ill-treatment in the daiyo kangoku system, including beatings, intimidation, sleep deprivation and forcing detainees to stand or sit in a fixed position for long periods during interrogations.

The Japanese justice system relies heavily on ‘confessions’ obtained under such conditions.

“It is long overdue that the Japanese government ends such abuses if it is to have a justice system worthy of the name.reforms are needed to bring the process into line with international human rights law,” said
Rajiv Narayan.

Necessary reforms include ensuring detainees have unhindered access to legal counsel, including during interrogations,  electronic monitoring as well as audio and video recordings of the entire process of
interrogations for use in criminal trials and surveillance in custody facilities.