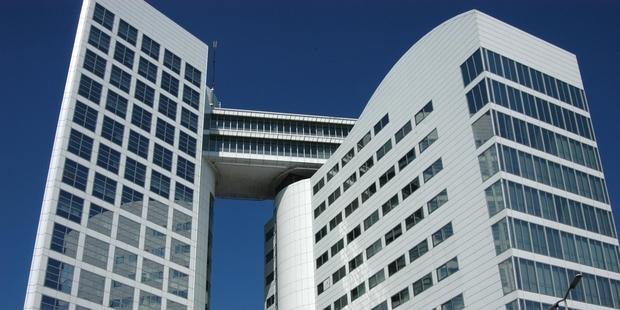 For a decade now, the ICC has been pursuing justice for people who have suffered some of the most serious crimes imaginable.(c) Amnesty International

It is time for governments the world over to show proper support for the International Criminal Court (ICC), Amnesty International said as the ICC celebrated a decade of pursuing justice for people who have fallen prey to some of the most serious crimes imaginable.

“The very existence of the International Criminal Court has given hope for justice to victims of heinous crimes around the world that justice will be done,” said Marek Marczyński, International Justice Research, Policy and Campaign Manager at Amnesty International.

“Governments should demonstrate their support for the ICC by publicly committing to backing up the court politically and financially.”

Since 1994 Amnesty International has campaigned together with thousands of non-governmental organizations from across the globe for the establishment of a permanent international court to bring to justice the perpetrators of genocide, crimes against humanity and war crimes.

That campaign came to fruition when the Rome Statute ? the founding treaty of the ICC - came into force on 1 July 2002 and the first 60 states signed up. Ten years later, that number has more than doubled to 121 states parties from all continents.

Today, the International Criminal Court, with its seat in The Hague, has begun investigating and seeking to prosecute crimes in the Central African Republic, Cote d’Ivoire, Democratic Republic of the Congo, Kenya, Libya, Sudan’s Darfur region and Uganda.

It is also determining whether to open new investigations into alleged crimes in other places including Afghanistan, Colombia, and Gaza.

On 14 March 2012, the ICC delivered its first judgment, convicting Thomas Lubanga of recruiting and using child soldiers in the Democratic Republic of the Congo.

“People planning to commit these crimes now have to think twice now, because sooner or later they will be held accountable for their actions,” said Marczyński.

Yet the rights groups warned of serious challenges ahead for the Court’s new Prosecutor, Fatou Bensouda who took office on 15 June. Some states signed up the court’s Rome Statute have failed to arrest suspects ? including Sudanese President Omar al-Bashir who is wanted by the ICC on charges of genocide, crimes against humanity and war crimes committed in Darfur.

Despite that he frequently undertakes official state travel to friendly states willing to shield him from justice.

“The failure of governments to back a strong ICC and provide muscular enforcement of its arrest warrants is deeply troubling. Victims deserve better,” he added.

Pointing to Syria, it noted that the UN Security Council is failing to address crimes against humanity taking place in countries that have not signed up to the Court, despite having done so in the cases of Darfur and Libya.

Amnesty International is also calling on governments to play their part to ensure the ICC has the funds it needs to deliver justice and reparation to victims. It cited a growing concern that states that led the charge to set up to the ICC, including the UK, Germany, France, Japan and Italy, are now cutting it off at the knees by refusing to fully fund it.

Many states have yet to commit to regular voluntary contributions to the ICC Trust Fund for Victims. The Trust Fund is responsible for assisting victims and delivering court-ordered reparation to victims. (See here).

The activities of the Trust Fund are essential to help address the suffering of victims and to help them rebuild their lives. Through projects to provide rehabilitate and care for victims, the Trust Fund is already making an important impact in the lives of many.

But much more resources are required. “We urge our government to restate its commitment to bring perpetrators to justice and making sure victims receive reparation for the heinous crimes perpetrate against them,” said Marczyński.