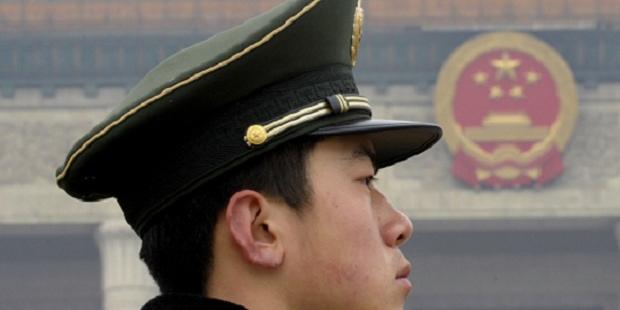 The Chinese authorities are intensifying a crackdown against dissidents ahead of the imminent transition of power in the country, Amnesty International warned on Friday.

Over 100 activists have been rounded-up in recent weeks as the government looks to stifle criticism and prevent protests ahead of the 18th Communist Party Congress that begins in Beijing on 8 November.

The politically sensitive Party Congress will mark the start of the once in a decade change of leadership.

“As a new generation of leaders prepares to take power in China, we are witnessing the same old tactics of repression against those that are courageous enough to peacefully challenge the regime on human rights,” said Roseann Rife, Head of East Asia at Amnesty International.

At least 130 people have been detained or had restrictions placed upon them since September, according to reports Amnesty International has received.

The police have placed dozens of activists under house arrest, forcibly removed individuals from Beijing, and have closed down the offices of community groups in attempts to suppress peaceful dissent.

Scores of activists are believed to being held in ‘black jails’ across the country. Black jails are unofficial, unlawful and secret places of detention. Hotels, hostels, basements of buildings and farm centres have all been reportedly used as black jails.

Further restrictions on internet access are expected to come into place from 7 November as the authorities look to tighten controls to limit freedom of expression.

The Ministry of Information Technology has expressed the need to ‘seal the network’, known as fengwang, during the Party Congress.

Such measures were used to censor criticism in 2010 when the Nobel Peace Prize was awarded to Liu Xiaobo and during the 2008 Beijing Olympics.

Controls are also being tightened on the transport network in an attempt to restrict activists from travelling to Beijing, Tibet or the Xinjiang Uighur Autonomous Region where protests are expected.

Anyone travelling by train to these areas in the next month is required to register their full name when they purchase their ticket.

Organizations that campaign for the protection of rights have also been forced to shutdown this month after intimidation by the authorities.

The Guangzhou branch of the Beijing Aizhixing Institute of Health Education closed it doors after staff were reportedly threatened with ‘consequences’ by police if it continued operating. The organization primarily offers health advice to migrant workers and ethnic minorities.

“The authorities should end this campaign of persecution against activists. All those detained for merely exercising their right to freedom of expression should be immediately released. Respecting human rights would be a genuine show of strength by the incoming leadership,” said Roseann Rife.