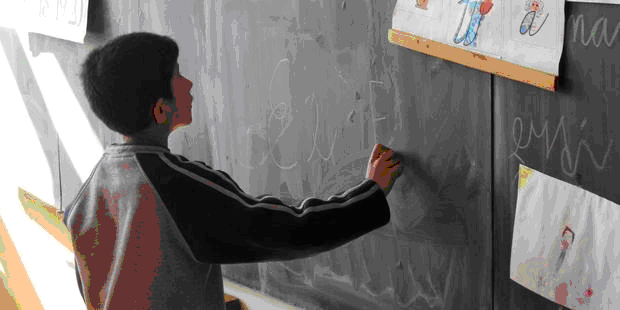 A historic Slovak court ruling that the segregation of Roma in schools is unlawful sends a strong signal to the authorities that separate education based on the ethnicity of the pupils is unacceptable, said Amnesty International.

The Regional Court in Prešov, eastern Slovakia on Tuesday ruled that by segregating Romani pupils in separate classes, the elementary school in the village of Sarisske Michal'any had violated the law.The decision is final.

The complaint against the school was submitted by the NGO, Centre for Civil and Human Rights (Porad?a pre ob?ianske a ?udske prava) in 2010.

"This landmark judgment is a signal to the authorities, including the Ministry of Education, that segregation of Romani pupils on the basis of ethnicity violates the right to equality and Slovakia’s international obligations to end discrimination," said Marek Marczyński, Deputy Europe and Central Asia Programme Director at Amnesty International.

Amnesty International has been documenting cases of segregation of Roma in schools since 2006 and showing that the practice affects thousands of pupils throughout Slovakia.

The segregation takes various forms. In some cases, such as in Sarisske Michal'any, Romani children are placed in separate classes. In others, Romani pupils are segregated in special schools or classes which provide inferior education.

The case of Sarisske Michal'any is not unique in Slovakia. Amnesty International, along with Romani parents, has been campaigning against segregation of pupils in Roma-only classes in the elementary school on Francisciho Street in the town of Levoča, also in the eastern region of Prešov.

Succumbing to pressure from non-Roma parents, the school had placed Romani first graders into separate classes.

Although a small number of pupils were transferred to the mixed classes in the current school year, the school continues to run Roma-only classes.