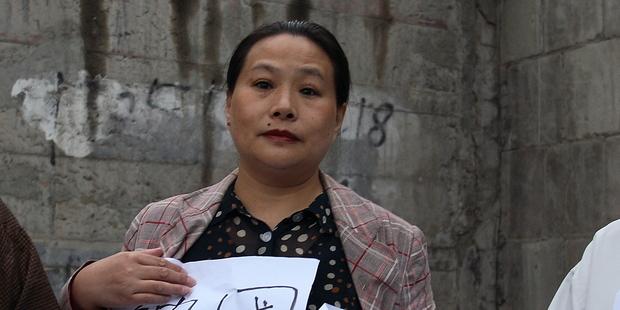 The Chinese authorities must immediately release prominent women’s rights activist, Mao Hengfeng, who has been sentenced to one and a half years in a labour camp, Amnesty International said on Tuesday.

Mao Hengfeng is a relentless campaigner for reproductive rights and against forced evictions in China.

Her family learned today that she has been sentenced to ‘re-education through labour’ for ‘disturbing social order’.

“Mao Hengfeng’s sentence is a damning indictment of the Chinese authorities. Rather than address the injustices she exposed, they have once again opted for repression,” said Roseann Rife, Head of East Asia.

“Amnesty International considers Mao Hengfeng to be a prisoner of conscious and calls for her immediate and unconditional release.”

Mao Hengfeng was last known to be held at the Yangpu district police detention centre in Shanghai. Amnesty International believes she is at risk of torture or other ill-treatment.

Her husband, Wu Xuewei, has been prevented from seeing his wife when he has visited the detention centre.

She was detained in Beijing on 30 September by men in plain clothes, believed to be police officers. She had travelled to attend a remembrance ceremony for fellow activist Teng Jingdi.

Amnesty International believes her detention is aimed at preventing her from carrying out her campaigning work.

Since 2004, Mao Hengfeng has been detained and tortured several times because of her work. In 2010 she was sentenced to 18 months Re-Education Through Labour for her activism.

Mao Hengfeng has up to 60 days to appeal the sentence to the Shanghai Municipality People’s Government.

Re-Education Through Labour camps are used to detain people without charge or trial and fall short of required international standards. Hundreds of thousands continue to be held in such facilities. Amnesty International has received reports of systemic torture at such camps.

The sentence comes as the authorities intensify a crackdown against human rights activists and lawyers ahead of start of the Party Congress on Thursday, which will see the transfer of power to a new set of leaders.

At least 130 people have been detained or had restrictions placed upon them since September, according to reports received by Amnesty International.