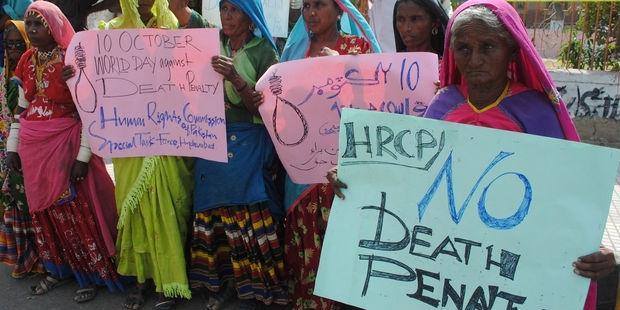 Pakistan’s first execution in four years is a blow to the country’s progress away from using the death penalty, Amnesty International has said.

Today’s hanging by the military authorities of soldier Muhammed Hussain for the killing of a superior officer and two others comes amid recent moves by the government to abolish capital punishment.

“Government officials have told us that this execution runs against the grain of current policy because it was a military case. But the death penalty is no less offensive to human dignity and the right to life just because the person to be killed happens to be a soldier,” said Polly Truscott, Deputy Director of Amnesty International’s Asia-Pacific Programme.

More than 8313 people remain on death row in Pakistan.

Although Pakistan courts frequently impose death sentences, no executions have been carried out since 2008.  The government is consulting on a draft parliamentary bill to commute all death sentences to life imprisonment.

“In the context of such rare progress on human rights in Pakistan, this execution is even more disheartening,” said Truscott.

The Pakistan government should establish an immediate moratorium on executions with a view to abolishing the death penalty, in line with UN General Assembly resolutions adopted since 2007.
Amnesty International opposes the death penalty in all cases without exception, as a violation of the right to life, and the ultimate cruel, inhuman and degrading punishment.