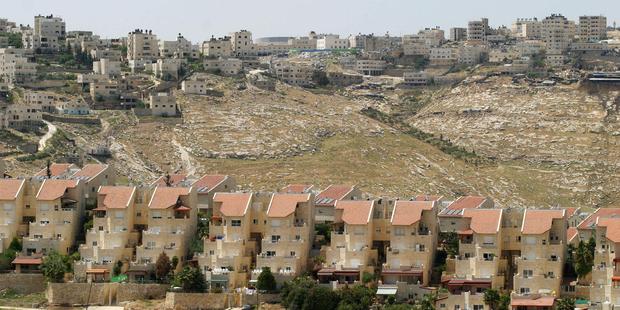 The Israeli government's announcement that it is to expand settlements in the West Bank in response to the UN vote on Palestinian statehood violates human rights and international humanitarian law, Amnesty International said today.

"Settlement construction is the cause of forced displacement, a myriad of human rights violations and is a flagrant violation of international law. Israel must immediately halt all construction of settlements and related infrastructure as a first step towards removing all settlers from the occupied territories," said Ann Harrison, Deputy Director of Amnesty International's Middle East and North Africa programme.

"This announcement sends a strong signal to the world that the current Israeli government has no respect for human rights and international law. Building settlements violates the rights of Palestinians in the occupied West Bank and is prohibited in all circumstances.”

Israel said on Friday 30 November that it had authorized an additional 3,000 housing units to build or expand settlements in unidentified locations in the occupied West Bank.

The announcement came a day after Palestine was recognized as a non-member observer state of the United Nations (UN) by a vote at the UN General Assembly in New York.

According to reports, some other proposals for expansions will be in a strategic area known as E1 which lies between East Jerusalem and the Ma’ale Adumim settlement.

The Israeli army already has plans to forcibly evict and transfer 20 Palestinian communities - some 2,300 people who are mostly Jahalin Bedouin - from their homes in E1 and the area of the Ma’ale Adumim settlement bloc.

Israeli authorities have not consulted with the communities and the residents oppose the move. The majority of houses and structures in these communities have demolition orders.

Since the UN General Assembly vote last Thursday, settlers near the Bedouin communities are reported to have stepped up their tactics of harassment and violence.

According to residents, children and shepherds have been attacked and the settlers play loud music and shine spotlights on the Bedouin villages.

The Jahalin have been displaced numerous times since 1948 when they became refugees from their lands which lie in what became the State of Israel.

Israel’s settlement policy in the Occupied Palestinian Territories (OPT) is characterized by discrimination on grounds of nationality, ethnicity and religion.

Settlements, which are all built on Palestinian lands, are for Jews only, who are entitled to Israeli nationality and to the protection of Israeli law even if they are migrants from other countries who go to live in settlements in the OPT without ever having resided in the State of Israel.

Palestinians, who are subject to military law rather than Israeli civilian law, are not allowed to enter or approach Israeli settlements or to use settlers’ roads, and are thus prohibited from resources for their livelihoods and are restricted in their movements.

Settlers also receive substantial financial and other benefits, and are allowed to exploit land and natural resources that belong to the Palestinian population.

Article 49 of the Fourth Geneva Convention prohibits an occupying power from transferring its own civilian population into the territory it occupies.

Construction of settlements in the occupied West Bank has continued throughout 2012. Most recently, on 6 November 2012, the Ministry of Housing tendered for the construction of 1,285 units in East Jerusalem and the settlement of Ariel, in the northern West Bank.

Israel has previously announced new plans for settlement expansion in reaction to Palestinian diplomatic initiatives at the UN.

On 3 November 2011, following Palestine’s admission into United Nations Educational, Scientific and Cultural Organization UNESCO, the Israeli government announced that around 2,000 new homes would be built in East Jerusalem and in the West Bank settlements of Efrat and Ma’ale Adumim.

Twelve days later, on 15 November 2011, the Ministry of Housing published tenders for 2,230 new housing units beyond the Green Line (the 1949 Armistice Line).