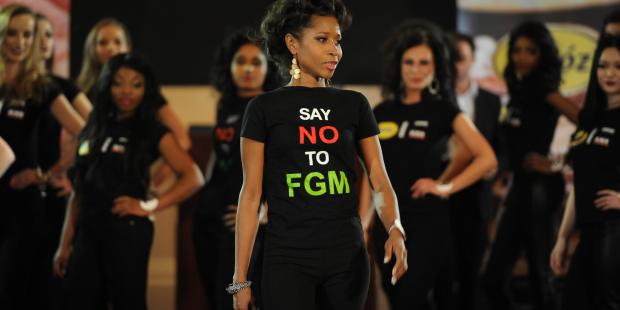 The UN General Assembly’s human rights committee has given a major boost to civil society organizations fighting for an end to FGM.(C) Demotix

This is the first time the Assembly’s Third Committee, which addresses social, humanitarian and human rights issues, has adopted a resolution on FGM - the cutting of a girl’s genitalia clitoris often without anaesthetic in conditions that risk potentially fatal infection.

“FGM is an indictment of us all - that a girl or young woman can be held down and mutilated is a violation of her human rights and - shockingly - an estimated three million girls are at risk each year,” said Jose Luis Diaz, Amnesty International’s UN representative in New York.

“Vitally, this UN resolution places FGM in a human rights framework and calls for a holistic approach, stressing as it does the importance of empowerment of women, promotion and protection of sexual and reproductive health and breaking the cycle of discrimination and violence.”

FGM is commonplace in 28 countries in Africa as well as in Yemen, Iraq, Malaysia, Indonesia and in certain ethnic groups in South America.

However it is an issue of worldwide concern. Women and girls in diaspora communities can be at risk of being subjected to FGM.

Amnesty International sees the UN resolution as a reminder to governments that they need to develop national action plans, beyond laws, and ensure that they are well-resourced and monitored, in order to raise awareness.

The resolution makes clear too that this is something that must involve all those affected - including men and boys - if we are to finally end this practice.

“It is important to highlight that FGM is a gender-based and child-specific persecution and the UNHCR - the UN refugee agency - has established that a girl or woman seeking asylum because she has been compelled to undergo, or is likely to be subjected to FGM, can qualify for refugee status,” said Diaz. Protection of refugee women at risk of having undergone FGM must be integrated into the overall strategy for protection.

The resolution makes concrete recommendations for prevention of FGM, for protecting girls at risk, ending impunity and provision of support services to those suffering from the lifelong consequences. Amnesty International urges governments to implement these recommendations urgently.