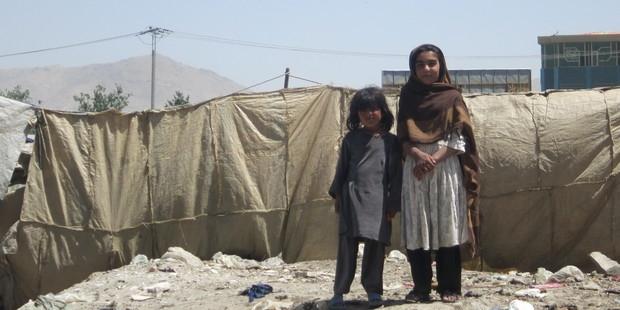 At least 28 children have died in harsh winter conditions in the camps around Kabul.（C）AI

At least 17 people, including 11 children, have died mostly from the cold in Afghanistan’s displacement settlements in early January, highlighting the desperate and immediate need for improved aid delivery during the bitter cold winter months, Amnesty International said.

According to information Amnesty International has received, the deaths occurred in camps and settlements in Kabul and Herat provinces. Community leaders there criticized the Afghan government and international aid agencies for inconsistent and inadequate levels of assistance.

“These deaths were a preventable tragedy that unfortunately shows the inadequate co-ordination of winter assistance to hundreds of thousands of people living in displacement camps across the country,” said Polly Truscott, Amnesty International’s Deputy Asia-Pacific Director.

“The fact that children and the elderly are among the dead highlights the need to protect those groups that are most vulnerable to the harsh winter conditions. Priority must be given to those most at risk during the winter months, such as children, the elderly, people with disabilities and those needing medical care, including pregnant women.”

The previous 2011/12 winter was unusually cold in Afghanistan, and more than 100 people, mostly children, died in displacement camps as a result of the harsh winter conditions.

Amnesty International and other NGOs have repeatedly made calls to the Afghan government and the international community to avoid a repeat of last year’s tragic deaths, including in an open letter on 19 October 2012, signed by 30 NGOs.

Amnesty International spoke to representatives for internally displaced persons (IDPs) in a settlement in Balkh district in northern Balkh province, from the Maslakh IDP settlement in western Herat province and from several settlements in Kabul. The camps together house thousands of IDPs.

IDP representatives from Balkh province reported that they had not received any kind of aid supplies despite repeated requests to the government and international agencies.

They spoke of extremely harsh cold weather conditions, with heavy snowfall and a lack of both protection from the elements and enough food to eat.

The deaths all occurred in the first two weeks of January ? four in Herat and 13 in Kabul.

In Herat, assistance reached refugees returning to Afghanistan from abroad, but aid to those internally displaced was apparently blocked after pressure from the Herat provincial governor’s office. The local authorities there are said to be concerned that offering aid to IDPs will encourage them to stay in camps permanently instead of returning to their home provinces.

“These deaths show the urgent need to protect all IDPs, to improve coordination and assistance, and to identify areas where IDPs find themselves without assistance. Aid has been unevenly distributed across the country, meaning that those displaced in outlying provinces like Balkh and some Herat IDPs are suffering disproportionately,” said Truscott.

IDP community leaders also said that no food supplies were included in the winter assistance packs, while fuel supplies provided were not enough to last the winter.  With few jobs or other sources of income available, displaced families often lack the resources to buy sufficient food and fuel.

Decades of conflict have left Afghanistan with one of the highest internally displaced populations in the world, estimated to be 450,000, according to UNHCR- but the actual number is likely to be much higher.


The Afghan government is working on a much-needed comprehensive policy for IDPs that should recognize their protection and humanitarian needs, but efforts to assist and protect IDPs cannot wait ? particularly over the winter.

“There is a desperate need to act now to prevent further deaths this winter. This should include effective coordination between the government and agencies, and the timely provision of emergency winter supplies ? like blankets, warm clothes, tarpaulins, clothing, stoves, water, fuel and food,” said Truscott. “Afghanistan and its donor partners should remember that safeguarding lives in these settlements is an obligation under international law.”