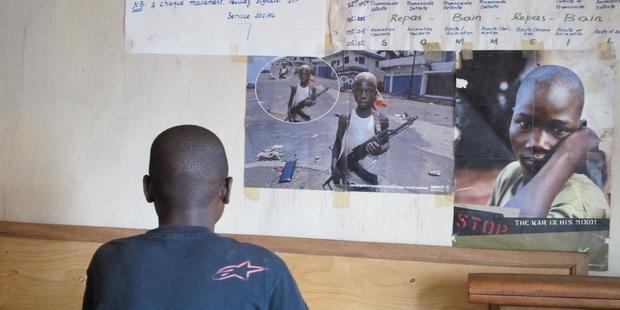 Halting the use of child soldiers in conflicts is just one of a series of compelling reasons for states to adopt a strong Arms Trade Treaty (ATT), Amnesty International said to mark the International Day against the Use of Child Soldiers on 12 February.

In Mali and close to 20 other countries, poorly regulated international arms transfers continue to contribute to the recruitment and use of boys and girls under the age of 18 in hostilities - by armed groups and, in some cases, government forces.

With the final talks on the ATT taking place at the United Nations next month, Amnesty International continues to call on all states to adopt a strong treaty with effective rules to protect human rights.

“Amnesty International’s recent research on the ground in Mali has revealed once more the horrors faced by child soldiers who are being recruited in numerous conflicts around the world to support troops and armed groups, sometimes in frontline roles,” said Brian Wood, Amnesty International’s Head of Arms Control and Human Rights.

“The Arms Trade Treaty must require governments to prevent arms transfers that would be used to commit violence against children and include rules to stem the flow of weapons into the hands of the government forces and armed groups responsible for war crimes or grave abuses of human rights, but the current draft rules are not strong enough to make a real difference.”

An overwhelming majority of the world’s states oppose the recruitment and use of anyone under the age of 18 by armed forces or armed groups, since taking part in hostilities robs them of their childhood and exposes them to terrible dangers as well as psychological and physical suffering.

Apart from the tragedy of becoming perpetrators of human rights abuses themselves, many child soldiers are killed, maimed or are victims of rape and other sexual violence.

Current use of child soldiers

Since January 2011, child soldiers have reportedly been used in at least 19 countries, according to Child Soldiers International.

Among them is Mali, where in recent weeks Amnesty International delegates have interviewed eyewitnesses as well as children who were recruited by the Islamist armed groups currently fighting against Malian and French forces in the north of the country.

In the city of Diabaly - some 400km north-east of the Malian capital Bamako - several people, including the deputy mayor, reported seeing children aged between 10 and 17 with the Islamist armed groups that had taken control of the area.

“These children were carrying rifles. One of them was so small that his rifle was sometimes dragging on the ground,” one eyewitness said.

His 16-year-old companion said they were arrested and handed over to the Malian authorities after the French and Malian armies re-conquered Diabaly in late January.

He told Amnesty International about his forcible recruitment and training by the Islamist armed group:

“I used to study with 23 other pupils with a Koranic Master. Two months ago, the grand-son of my master sold us to the Islamists. We joined a group of 14 other young people carrying firearms. At the beginning, I was asked to work in the kitchen. We used to cook in a Christian church occupied by the Islamists. The rebels would beat us [with a rubber belt] during Koran lessons because …they wanted us to pronounce Arabic like them.

“They trained us to shoot, aiming at the heart or feet. Before the fighting, we had to eat rice mixed with a white powder and a sauce with a red powder. We also had injections. I had three. After these injections and eating the rice mixed with powder, I would turn like a motor vehicle, I could do anything for my masters. I perceived our enemies like they were dogs and all that was in my mind was to shoot them.”

The boy told Amnesty International that four child soldiers were killed during the fighting to regain control of Diabaly from the Islamist armed groups and the Malian and French military forces that took over the city of Diabaly around 20 and 21 January.

The organization has evidence that militia groups supported by the Malian government have also recruited child soldiers previously, but so far there is no documented case of these groups using child soldiers on the front lines.

In recent years, Amnesty International has also documented use or allegations of use of child soldiers in numerous other countries, including Central African Republic, Chad, Cote d’Ivoire, Democratic Republic of Congo, Sri Lanka, Somalia, and Yemen.

How the Arms Trade Treaty can help

Some 150 countries, including Mali, have already agreed to prohibit the use of anyone under 18 in armed conflict - by joining the Optional Protocol to the Convention on the Rights of the Child. It is a war crime to conscript or use child soldiers under age 15 in active hostilities.

A strong ATT can help to end the forced recruitment of child soldiers by stopping the flow of arms to governments and armed groups that abuse human rights.

The current draft ATT text proposes weak rules to help prevent arms transfers to states or groups using child soldiers. The draft rules to respect existing international human rights law and international humanitarian law could be circumvented - the rule on violence against children merely requires state to “consider taking feasible measures” and rules to prevent the diversion of arms are weak, for example ammunition is not covered.

Amnesty International is pressing for these loopholes to be closed so that the rule in the ATT would require States Parties to prevent arms transfers that pose a danger of contributing to violence against children, including the recruitment and use of child soldiers.