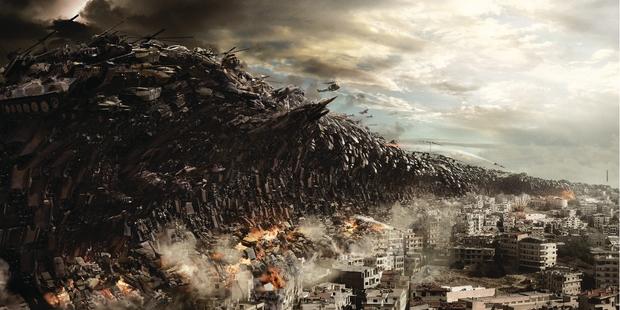 The new treaty will for the first time adequately regulate the more than $70 billion annual trade in conventional weapons. © TBWA\Paris

Today, governments at the United Nations adopted by a wide margin an Arms Trade Treaty that will prohibit states from transferring conventional weapons to countries when they know those weapons will be used to commit or facilitate genocide, crimes against humanity or war crimes.

In the UN General Assembly 154 states voted to adopt the treaty just days after Iran, North Korea and Syria---three human rights-abusing countries under some form of UN sanctions---staged a cynical move to try and block it. All three voted against the treaty today and 23 other states abstained.

"The world has been waiting a long time for this historic treaty. After long years of campaigning, most states have agreed to adopt a global treaty that can prevent the flow of arms into countries where they will be used to commit atrocities," said Brian Wood, Head of Arms Control and Human Rights at Amnesty International, from the UN conference in New York.

"Despite Iran, North Korea and Syria’s deeply cynical attempt to stymie it, the overwhelming majority of the world’s nations have shown resounding support for this lifesaving treaty with human rights protection at its core."

The treaty also obligates all governments to assess the risk of transferring arms, ammunition or components to another country where they could be used to commit or facilitate serious violations of international humanitarian and human rights law. Where that overriding risk is real and cannot be mitigated, states have agreed the transfer will not go forward.

"When you think of the huge economic interest and the political power in play for the big arms producers and exporters, this treaty is a tribute to both civil society who championed the idea to save lives and reduce human suffering as well as the governments who heeded that call," said Widney Brown, Senior Director of International Law and Policy at Amnesty International.

"In the next four years, the annual trade in conventional weapons, ammunition and components and parts will exceed $100 billion. But today, states have put human beings and their security first."

The Amnesty International human rights movement was instrumental in civil society and Nobel Peace Laureate efforts since the early 1990s to achieve robust, legally binding global rules on international arms transfers to stem the flow of arms that fuel atrocities and abuse.

The treaty was adopted after more than six years of UN deliberations---a process that began in December 2006 when the General Assembly agreed to consult all states on the feasibility, scope and parameters of a treaty to regulate the international transfer of conventional arms.

A record number of states responded to the UN Secretary General, almost all of them positively. Human rights and humanitarian law were put at the top of the list of criteria.

The scope in the adopted treaty covers major categories of conventional arms, including small arms and light weapons which proliferate in countries with low-level conflicts, armed violence and a massive number of civilian casualties.

"As in all treaty negotiations, we did not get everything that we wanted, so for example ammunition is not fully included in all the treaty provisions, but since this treaty can be amended and has many strong rules it provides a firm foundation on which to build an international system to curb the flow of arms to those who would commit atrocities," said Wood.

"This shows that when members of the public come up with a really good idea that will help make the world better and get organized, they really can make it happen and make a difference on a global scale."

The treaty will be opened for signatures and ratification on 3 June 2013 at the UN General Assembly and will enter into force shortly after it has been ratified by 50 states.