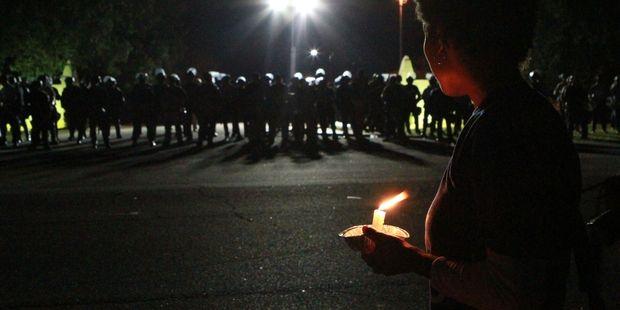 Despite some disappointing setbacks in 2012, the global trend towards ending the death penalty continued, Amnesty International found in its annual review of death sentences and executions.

2012 saw the resumption of executions in several countries that had not used the death penalty in some time, notably India, Japan, Pakistan and Gambia, as well as an alarming escalation in executions in Iraq.

But the use of the death penalty continues to be restricted to an isolated group of countries, and progress towards its abolition was seen in all regions of the world.

Only 21 of the world’s countries were recorded as having carried out executions in 2012---the same number as in 2011, but down from 28 countries a decade earlier in 2003.

In 2012, at least 682 executions were known to have been carried out worldwide, two more than in 2011. At least 1,722 newly imposed death sentences in 58 countries could be confirmed, compared to 1,923 in 63 countries the year before.

But these figures do not include the thousands of executions that Amnesty International believes were carried out in China, where the numbers are kept secret.

"The regression we saw in some countries this year was disappointing, but it does not reverse the worldwide trend against using the death penalty. In many parts of the world, executions are becoming a thing of the past," said Salil Shetty, Secretary General of Amnesty International.

"Only one in 10 countries in the world carries out executions. Their leaders should ask themselves why they are still applying a cruel and inhumane punishment that the rest of the world is leaving behind."

The top five executing countries in the world were once again China, Iran, Iraq, Saudi Arabia and USA, with Yemen closely behind.

Methods of executions in 2012 included hanging, beheading, firing squad and lethal injection. In Saudi Arabia, the body of one man executed through beheading was displayed in what is known as "crucifixion".

People faced the death penalty for a range of crimes including non-violent drug-related and economic offences, but also for "apostasy", "blasphemy", and "adultery"---acts that should not be considered crimes at all.

The Asia-Pacific region saw some disappointing setbacks in 2012, with India, Japan and Pakistan resuming executions after long periods when these countries were execution-free.

In November, India carried out its first execution since 2004 when Ajmal Kasab, one of the gunmen involved in the 2008 Mumbai attacks, was hanged.

In Japan, three death row inmates were executed in March---followed by another four later in the year---ending a 20-month hiatus in executions there.

China once again executed more people than the rest of the world put together, but due to the secrecy surrounding the use of the death penalty in the country it was not possible to obtain accurate figures on the use of capital punishment in China.

But there were also positive developments in the region. Viet Nam did not carry out any death sentence, while Singapore observed a moratorium on the death penalty and Mongolia ratified a key international treaty committing the country to abolition.

The Pacific sub-region continued to be a virtually death penalty-free area.

Although the Middle East and North Africa saw a few positive developments, use of the death penalty in the region is still a cause of great concern.

Iran, Saudi Arabia, Iraq and Yemen saw continued high levels of executions; 99 per cent of all executions in the region were carried out in these four countries.

In particular, there was an alarming rise in Iraq's use of the death penalty, where at least 129 people were put to death---almost double the 2011 figure of 68.

The conflict in Syria made it impossible to confirm whether the death penalty was used there in 2012.

In the Americas, the USA remains the only country to carry out executions---the total number, 43, was the same as in 2011, but only nine states executed in 2012, compared to 13 in 2011. Connecticut became the 17th abolitionist state in April, while a referendum on the abolition of the death penalty was narrowly defeated in California in November.

The English-speaking Caribbean remained execution-free; 12 death sentences were recorded in three of the sub-region’s 12 countries.

In sub-Saharan Africa, there was further progress towards abolition. Benin took legislative steps to remove relevant provisions from its laws, and Ghana plans to abolish the death penalty in its new Constitution. There are no more prisoners on death row in Sierra Leone.

However, executions and death sentences imposed in the region increased substantially from 2011 to 2012, due to higher figures reported from Sudan and Gambia.

August saw the execution of nine people in Gambia---the country's first in almost three decades. Following an international outcry, President Yahya Jammeh announced a "conditional" moratorium on executions which would be "“automatically lifted" if crime rates increased. In Sudan, there were at least 19 executions and 199 death sentences.

Belarus continued to be the only country in Europe and Central Asia to carry out executions, and did so under strict secrecy, with at least three men put to death in 2012.

Latvia was the 97th country worldwide to become abolitionist for all crimes, after removing the last capital crimes from its legislation during 2012.

"Governments still executing have run out of arguments to justify themselves. There is no evidence whatsoever to indicate that the death penalty works as a special deterrent against crime," said Shetty.

"The real reason for the death penalty's use can often be found elsewhere. In 2012, we were once again very concerned to see countries executing for what appeared to be political purposes---either as a populist measure, or as an outright tool of repression."

Amnesty International opposes the death penalty in all cases without exception, regardless of the nature or circumstances of the crime; guilt, innocence or other characteristics of the individual; or the method used by the state to carry out the execution. The death penalty violates the right to life and is the ultimate cruel, inhuman and degrading punishment.