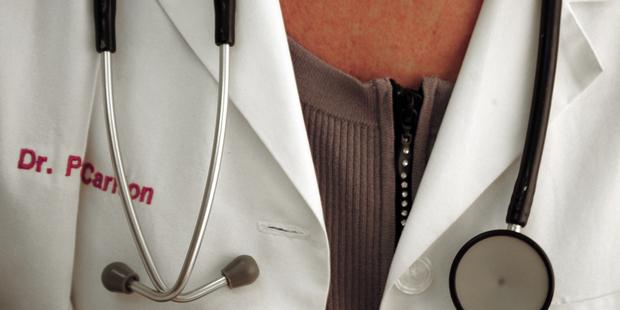 Abortion is banned in all circumstances in El Salvador.(C) KAREN BLEIER/AFP/Getty Images

El Salvador is one of the only countries in the world where abortion is banned in all circumstances, even when the life of the mother is at risk.

Twenty-two-year-old Beatriz is five month's pregnant and has been diagnosed with a number of severe illnesses including lupus and kidney problems.

Doctors say she could die if she continues with the pregnancy but haven't treated her because if they interrupt it, they might be prosecuted under the country's total ban on abortion.

Dennis Muñoz, one of Beatriz’s lawyers, has spoken to Amnesty International.

What is Beatriz’s situation?
Beatriz has just entered her 22nd week of pregnancy. The Supreme Court will take a decision based on a forensic examination by the Institute of Legal Medicine but the process is still dragging on while Beatriz continues in hospital, suffering because she is far from her husband and small child, who live two hours away from the city.

How is Beatriz?
Beatriz’s health is really poor, she has lupus, high blood pressure and a kidney problems. The government have said they're doing all they can, but they keep dragging out the process. There's no effective administration of justice.

What do you want authorities to do?
We hope authorities allow the hospital to carry out the operation that 15 doctors from the National Maternity Hospital recommended when Beatriz was 13 weeks pregnant (she is now 22 weeks).

Is Beatriz's case typical in El Salvador?
This is a typical case amongst impoverished women. There's a long history of many similar cases of women who don't have access to the health services they need. There are women in prison accused of having abortions even when they didn't even know they were pregnant. In these cases, they immediately assume the women are guilty and there’s no gender perspective.

Are these convictions handed down to "make an example"?
Yes, this is like a witch hunt. Authorities are trying to make examples of these women.

Is it difficult to work on issues of sexual and reproductive rights in El Salvador?
Our work is very hard. We are labelled as the "abortion lawyers" by conservative groups and other colleagues. But I believe these women are not guilty. I know them and I believe them.

What do you hope for Beatriz over the next few days?
We want this case to be resolved as soon as possible. We don't want Beatriz to die, it’s that simple.
Each day that goes by, her health is worsening. She only wants to live, and be with her family.