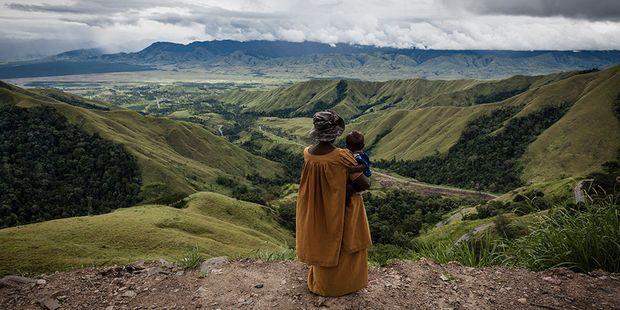 Papua New Guinea's new laws expanding the use of the death penalty to a wider set of crimes, and signalling a move towards resuming executions, are a horrific and regressive step, Amnesty International said today.

The legislation was reportedly adopted by Parliament with little debate, during the same session that repealed the country’s controversial Sorcery Act which provided a defence for violent crime if the accused was acting to stop ‘witchcraft’.

The death penalty now appears to apply to a longer list of crimes, including sorcery-related murder, rape and robbery, and provides for new methods of execution, including by lethal injection, hanging, electrocution, firing squad, and "medical death by deprivation of oxygen".

"Papua New Guinea has taken one step forward in protecting women from violence by repealing the Sorcery Act, but several giant steps back by moving closer to executions," said Isabelle Arradon, Amnesty International's Deputy Director for the Asia-Pacific.

"The repeal of the Sorcery Act was long overdue, and a response to national and global outrage at the violence against women that has taken place in its name. But we are horrified that the government is attempting to end one of form of violence by perpetrating state-sanctioned violence."

The government has passed the new death penalty laws following highly publicized and brutal killings of women accused of sorcery.

Although the death penalty already existed in law in Papua New Guinea, there had been no executions since the country's independence in 1954. The government announced in May this year that it intended to restart executions as part of crime prevention policy, despite the lack of convincing evidence of the deterrent effect of capital punishment.

"The taking of a life--whether a person is beheaded by villagers or killed by the State--represents an equally abhorrent violation of human rights. The government has failed to heed calls from civil society to not start killing prisoners again," said Arradon.

Numerous religious groups and women's organizations in Papua New Guinea, as well as prominent political figures, have publicly opposed the government’s push towards bringing back executions.

Thousands of people had protested and signed petitions calling for an end to violence against women and violence related to 'sorcery' accusations, specifically without recourse to the death penalty. The petitions were delivered to government officials through the National Haus Krai movement on 14 and 15 May.

At least 10 people are currently on death row in Papua New Guinea.

"More and more countries today move away from the death penalty, in part because there are no assurances that it is an effective deterrent to crime. By passing these death penalty laws today, Papua New Guinea will find it is on the losing side of history," said Arradon.

Amnesty International considers the death penalty to be the ultimate denial of human rights, and opposes it in all cases without exception regardless of the nature of the crime, the characteristics of the offender, or the method used by the state to kill the prisoner.