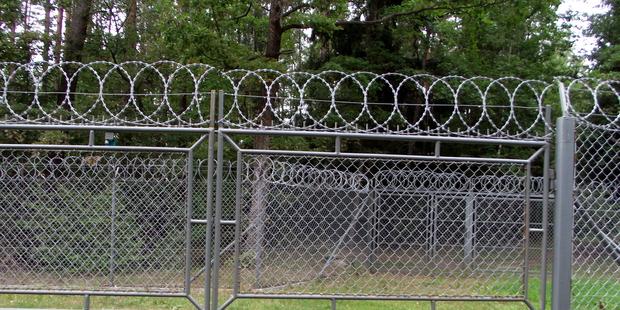 A five-year investigation into Poland’s involvement in the US-led rendition and secret detention programmes must be completed immediately, with those responsible for human rights violations brought to justice in fair trials.

The Polish government is accused of colluding with the US Central Intelligence Agency (CIA) to establish a secret prison at Stare Kiejkuty, 180 km north of Warsaw, where suspects were subjected to enforced disappearance and tortured between 2002 and 2005.

The investigation of the CIA 'black site' has dragged on since 2008 and has been conducted largely under cover of secrecy. The Polish prosecutors have thus far declined to disclose almost any information related to the investigation or make its findings public.

"Secrecy and delay cannot be used as tactics to avoid accountability. The Polish government must come clean about a period in the country's history when those in authority appear to have colluded with the USA and other states in the unlawful apprehension of people and their transfer to places where they were tortured and subjected to enforced disappearance," said Julia Hall, Amnesty International’s expert on counter-terrorism and human rights.

"The genie is out of the bottle--there is a stream of credible public reports by the media, intergovernmental, and non-governmental organizations--not to mention official data from Polish governmental agencies--that leaves little doubt that Poland hosted a secret detention site operated by the CIA. If there is enough evidence to lay charges against former officials and intelligence operatives for their participation in these illegal activities, those people should be prosecuted now."

In a major speech on US counter-terrorism policy on 23 May 2013, President Barack Obama acknowledged these practices, admitting that "...in some cases, I believe that we compromised our basic values--by using torture to interrogate our enemies, and detaining individuals in a way that ran counter to the rule of law."  While this admission is welcome, the Obama administration has obstructed every effort in US courts to hold accountable those responsible for such human rights violations.

Poland has been in the spotlight since 2005, when it was first identified as having hosted a secret CIA detention facility.
In March 2008, the Polish authorities opened a criminal investigation which  has been repeatedly delayed due to changes in prosecution personnel, a shift in location from Warsaw to Krakow, and claims that cooperation from the US government has not been forthcoming. "National security" is routinely invoked as a justification for the secrecy that shrouds the investigation.

Two men have been granted “injured person” status in the investigation.

The first is Abd al-Rahim al-Nashiri, a Saudi Arabian national alleged to have masterminded the bombing of the USS Cole off the coast of Yemen in 2000.  He has claimed that he was questioned in a secret facility in Poland and subjected to "enhanced interrogation techniques" and other human rights violations, such as "mock execution" with a gun and threats of sexual assault against his family members.

The second, Zayn al-Abidin Muhammad Husayn, also known as Abu Zubaydah, a stateless Palestinian born in Saudi Arabia, is also believed to have been held in Poland, where he says he was subjected to extreme physical pain and psychological pressure. Former US President George W. Bush admitted in his 2010 memoir that Abu Zubaydah was subjected to "waterboarding"--mock drowning--while in secret CIA detention.

Abu Zubaydah and al-Nashiri are currently detained at the US Navy's Guantánamo Bay detention facility in Cuba, where al-Nashiri is subject to a trial by military commission.

Both men have also lodged applications with the European Court of Human Rights in 2011 and 2013. In the al-Nashiri case, the Polish government has refused to disclose information requested by the Court.

Amnesty International's new report includes a profile of a third man who alleges he was held at a secret detention site in Poland in 2003. Walid bin Attash, a Yemeni national, is currently detained at Guantánamo Bay and awaiting trial by military commission.

If Poland is committed to human rights and the rule of law, its authorities must have the political courage to tell the truth about the CIA secret site and what happened there. The criminal investigation must be truly independent and effective, and anyone responsible for torture or enforced disappearance must be brought to justice.