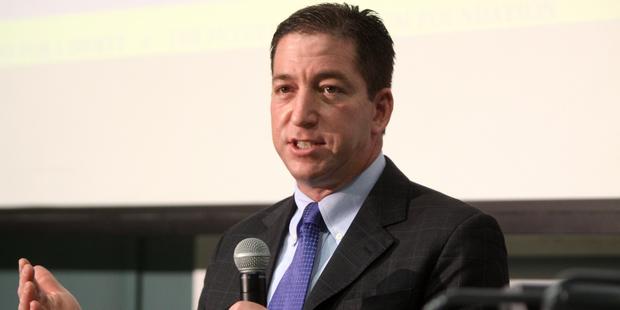 David Michael Miranda is the partner of Glenn Greenwald (pictured), the Guardian journalist whose reporting disclosed sweeping, systematic and unlawful surveillance by the US government. (C) Gage Skidmore


A Guardian newspaper employee detained today while in transit at a London airport is clearly a victim of unwarranted revenge tactics, targeted for no more than who he is married to, Amnesty International said today.

David Michael Miranda is married to Glenn Greenwald, the Guardian journalist who analyzed and published information on documents disclosing sweeping, systematic and unlawful surveillance by the US government. These documents were released by Edward Snowden.

Miranda was detained while in transit in Heathrow and was held in detention for nearly nine hours--the point at which the government would have had to seek further authority to continue the detention.

"It is utterly improbable that David Michael Miranda, a Brazilian national transiting through London, was detained at random, given the role his husband has played in revealing the truth about the unlawful nature of NSA surveillance," said Widney Brown, Senior Director of International Law and Policy at Amnesty International.

"David's detention was unlawful and inexcusable. He was detained under a law that violates any principle of fairness and his detention shows how the law can be abused for petty vindictive reasons."

He was detained under Schedule 7 of the UK terrorism Act of 2000, an extremely broad law which has repeatedly been criticized for making the abuse of individuals possible because it is so vague. So far, calls to reform the law have not been heeded.

He was held for almost nine hours and many of his possessions were confiscated by the government.

"There is simply no basis for believing that David Michael Miranda presents any threat whatsoever to the UK government.The only possible intent behind this detention was to harass him and his husband, Guardian journalist Glenn Greenwald, for his role in analyzing the data released by Edward Snowden."

"States cannot pass anti-terror acts and claim they are necessary to protect people from harm and then use them to retaliate against someone exercising his rights. By targeting Miranda and Greenwald, the government is also sending a message to other journalists that if they maintain their independence and report critically about governments, they too may be targeted."

Schedule 7 is the law that allows the police to detain anyone at the UK borders without any requirement to show probable cause and hold them for up to nine hours, without seeking further justification. The detainee must respond to any questions, regardless of whether a lawyer is present. No lawyer is provided automatically.

It is a criminal offence for the detainee to refuse to answer questions--regardless of the grounds for that refusal or otherwise fully cooperate with the police.

According to the advice published by the Association of Chief Police Officers', Schedule 7 should only be used to counter terrorism and may not be used for any other purpose.