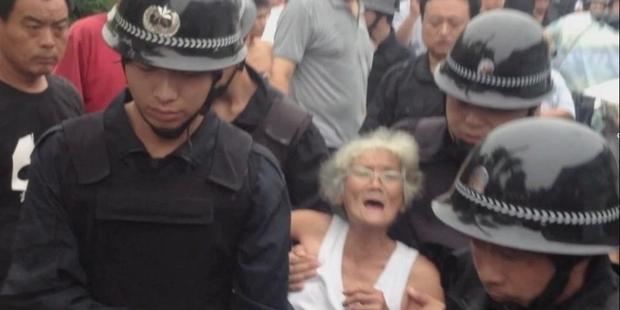 Homes in Ba Gou are to be demolished to make way for a commercial development, and those under threat include a housing rights activist and her family. (C)Private

Chinese authorities must stop imminent plans to forcibly evict the last remaining residents of the village of Ba Gou just outside of Beijing, Amnesty International said.

Their homes are to be demolished to make way for a commercial development, and those under threat include a housing rights activist and her family.

"The local government should immediately halt all efforts to forcibly evict the people of Ba Gou, and also provide adequate compensation to the thousands who have already lost their homes in the village," said Catherine Baber, Amnesty International's Asia Pacific Director

Since 2003, more than 5,000 households have been evicted from the village Ba Gou amid intimidation and threats of violence. Han Ying, a prominent campaigner against the evictions and demolitions, has been repeatedly targeted by the authorities.

She told Amnesty International that  since July, Ba Gou village had received frequent visits by unidentified men in police uniforms and hired thugs who threatened to demolish houses. Han Ying's elderly mother was injured on 16 August in one confrontation with police who tried to tear down buildings.

"This is outrageous behaviour by the Chinese authorities, who are seeking to threaten, intimidate and throw people out of their homes without due process to make room for business interests," said Catherine Baber.

After months of harassment by authorities--and despite an appeal against the eviction pending in a Beijing court--the local government last week issued a five day eviction notice for the six remaining households in Ba Gou for Friday 13 September. Dozens of unidentified people, some in police uniforms and carrying riot gear, have congregated at the village threatening to demolish the remaining houses.

The Ba Gou residents have not been offered adequate compensation or an alternative place to live by the authorities seeking to evict them. While the government did offer some compensation to families who had lost their homes, this did not meet the standards set in Chinese law and was rejected by the residents as not nearly sufficient.

"Forced evictions are a clear breach of international law, and Han Yin, her family and others in the village will be made homeless if this eviction goes through as planned. She and other Ba Gou residents have already been harassed by authorities for several years," said Baber.

Amnesty International has been documenting the rise of violent forced evictions in China as local authorities seek to offset huge debts by seizing and then selling off land in suspect deals with property developers.

Local governments have borrowed huge sums from state banks to finance commercial projects and now rely on land sales to cover the payments. They often hire thugs to rough up residents and force them out of their homes.

This has resulted in deaths, beatings, harassment and imprisonment of residents who have been forced from their home.