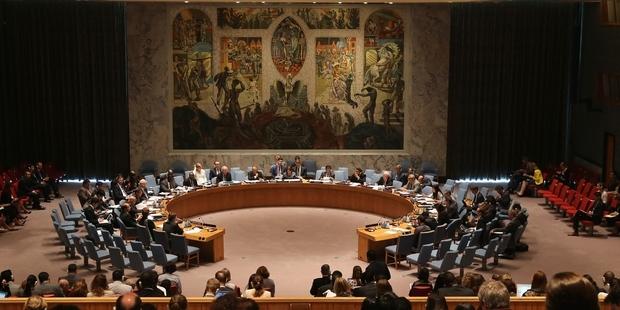 The UN Security Council is due to vote on a resolution on the use of chemical weapons in Syria. (C) John Moore/Getty Images

Today's UN Security Council vote on a new Syria resolution must not be another wasted opportunity that lets down the victims of war crimes and crimes against humanity, Amnesty International urged.

The draft resolution focuses on the international response to the use of chemical weapons in Syria on 21 August. But the organization said Security Council members must take effective measures towards ending the mass violations being committed in Syria, ensure accountability and justice for victims, and improve access to humanitarian assistance.

"This resolution must not be another missed opportunity. More than two years into the Syrian conflict, the victims of war crimes and crimes against humanity have yet to see serious engagement from international players to ensure justice and accountability," said José Luis Díaz, head of Amnesty International's UN office in New York.

"The current resolution's myopic focus on the victims of chemical weapons attacks misses the bigger picture, and fails to prescribe action to prevent mass violations and assist the millions of people displaced by the conflict. Further diplomatic efforts are urgently needed to flesh out the international response to the wider conflict.

"The very fact the Security Council members agree about the fact that the war crime of using chemical weapons against civilians occurred begs the question of why they are not referring the situation to the prosecutor of the International Criminal Court. Disagreement on who was responsible is no excuse to stop an ICC investigation. The referral should happen without delay."

Amnesty International urges the UN Security Council to widen its engagement on the Syrian conflict by ensuring that: