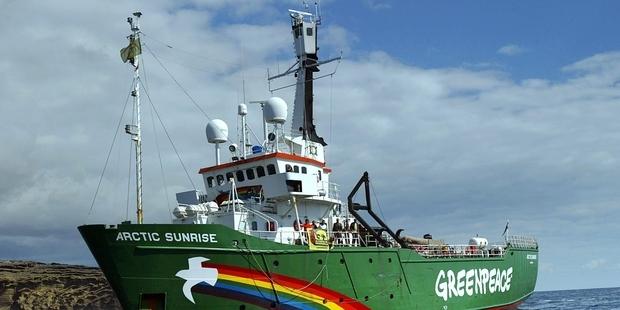 Some 30 Greenpeace activists were detained by Russian security forces who boarded the group's ship, the Arctic Sunrise.(C)SAMUEL ARANDA/AFP/Getty Images

Piracy charges against activists on the Greenpeace ship Arctic Sunrise are manifestly unfounded, Amnesty International said after the Russian authorities released a statement on the case on Tuesday afternoon.

"Charges of piracy are manifestly unfounded in this case--having no basis in law or reality--and it's profoundly damaging to level such serious charges so carelessly.

"The Greenpeace activists must be released on a reasonable bail and given full access to defence lawyers, pending any possible trial."

Some 30 Greenpeace activists were detained by Russian security forces who boarded the group's ship, the Arctic Sunrise, late last Thursday. According to the activists, the security officials were armed with guns which they fired into the air and water, as well as knives which they used to slash inflatable boats. They rounded up the ship's crew at gunpoint and reportedly smashed up the radio room which is used for communications.

The activists had been protesting against Arctic drilling near Prirazlomnaya
, a drilling platform in the Pechora Sea, close to the Novaya Zemlya archipelago off Russia’s northern coast.

"All credible allegations of an excessive use of force during their detention must be investigated," said John Dalhuisen.

Russia's Investigative Committee, a state agency responsible for the investigation of serious crimes, said in its statement that it had opened a piracy investigation against the detained activists.

Russia's criminal law has a similar definition, requiring acts such as the capture of another ship and use, or threat of use, of violence. Piracy charges are punishable by five to 15 years of imprisonment in Russia.