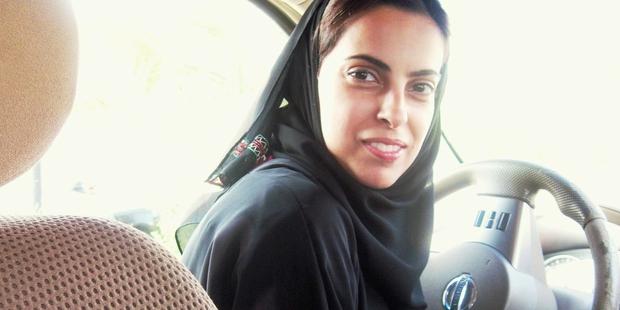 Women in Saudi Arabia have attempted to get the driving ban lifted since 1990.(C) Private

The Saudi Arabian authorities must respect the right of women to drive this Saturday in defiance of a ban on women driving in the Kingdom, said Amnesty International.

On Wednesday the Ministry of Interior warned that it would respond "firmly and with force" if campaigners press ahead with plans to challenge the ban on Saturday 26 October.

"It is astonishing that in the 21st century the Saudi Arabian authorities continue to deny women the right to legally drive a car," said Philip Luther, Amnesty International's Director of the Middle East and North Africa Programme.

"The driving ban is inherently discriminatory and demeaning to women and must be overturned immediately. It is completely unacceptable for the authorities to stand in the way of activists planning to campaign against it.

"Instead of repressing the initiative, the authorities must immediately lift the ban to ensure that women are never again arrested or punished simply for being behind the wheel of a car."

Saudi Arabia is the only country in the world in which women are not allowed to drive. Although there is no official law banning women from driving a ministerial decree in 1990 formalized an existing customary ban and women who attempt to drive face arrests.

Eman al-Nafjan was stopped by police on 10 October in Riyadh while filming another woman, Azza, as she was driving. The two women were arrested and taken to Ulaya police station where they were made to sign pledges not to commit the "offence" again.

The 26 October driving campaign urges the government to issue a decree to lift the driving ban on women. As part of the campaign scores of women have already taken to the streets of the Kingdom driving their cars, filming and uploading their videos on to YouTube. So far at least 35 women have taken part.

One female activist involved in the campaign told Amnesty International:
"This is a natural right for us, a most simple and basic right, it relates to our freedom of movement. [The right to drive] will empower women and give us a sense of control over our lives."

At present women in Saudi Arabia are dependent on men to carry out simple daily tasks requiring transport. Lifting the ban would allow women to drive to work or university and enable mothers to take their children to schools.

The ban on driving is just one of the many ways in which the women in Saudi Arabia are denied fundamental rights. Despite a few limited advances in recent years, women continue to face severe discrimination in law and practice and are inadequately protected against domestic and other gender-based violence.

Discriminatory rules relating to marriage and divorce cause some women to become trapped in violent and abusive relationships.

The guardianship system that prevails in Saudi Arabia means women are required to obtain the permission of a male guardian in order to marry, travel to most countries, undergo certain types of surgery, undertake paid employment or enroll in higher education.

In August 2013, a new law criminalizing domestic abuse was issued in Saudi Arabia for the first time. It remains unclear how women are supposed to report domestic abuse with all the above restrictions on their freedom of movement.

As a result of these restrictions and because of the limited number of professions deemed socially suitable for women, many find it difficult to obtain work, despite an increase in the number of women receiving higher education.

The 26 October campaign comes in the same week as representatives of the Saudi Arabian delegation to the Human Rights Council’s Universal Periodic Review repeatedly asserted that Saudi Arabian laws do not discriminate against women. A female member of the delegation who also happens to be a member of the Shura Council’s Human Rights committee even said that "the system in the Kingdom of Saudi Arabia does not make distinctions between men and women."