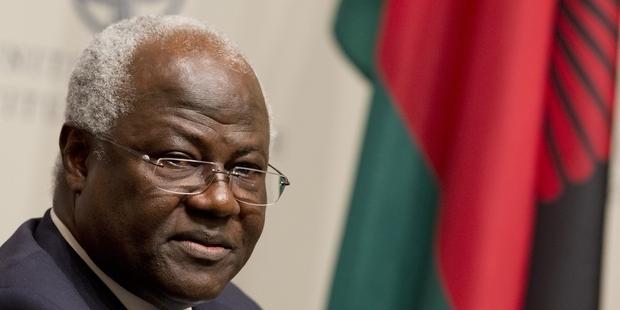 The Sierra Leone parliament's passage of a freedom of information law is a major step to ensure greater government transparency, the rule of law, and respect for human rights, Amnesty International, Human Rights Watch, and Sierra Leone’s Freedom of Information Coalition said today. The new legislation, enacted on October 29, 2013, is crucial for effective, transparent, and accountable governance.

The Right to Access Information Act establishes a right to access government information and requires all parts of government to adopt and widely disseminate a plan for making records publicly available. The legislation also imposes a penalty for willful obstruction of its provisions.

The law was first proposed in 2003 but has languished in Sierra Leone's parliament since 2010. President Ernest Bai Koroma must now sign the act for it to enter into force.

"One of the most important things in Sierra Leone right now is for everyone to have the right to information," said Emmanuel Saffa Abdulai, executive director at the Society of Democratic Initiatives, which coordinated the Freedom of Information Coalition's campaign for the bill’s passage. "Sierra Leoneans can't hold elected officials to account without access to basic information about what the government is doing."

Sierra Leone is recovering and rebuilding from a long and brutal armed conflict that ended in 2002. With foreign investors returning to the resource-rich country, the government is leasing land for commercialized agriculture and mining. Some affected residents who have sought more information or challenged these deals have faced reprisal ranging from harassment to arrest.

Freedom of information is recognized as an essential element of the right to freedom of expression in the Universal Declaration of Human Rights, the International Covenant on Civil and Political Rights, the African Charter on Human and Peoples’ Rights and other international instruments. By passing this law, Sierra Leone’s government is significantly advancing its commitment to international and regional human rights obligations.

Donors to Sierra Leone, as well as other multinational bodies, have called on the government to increase transparency and adopt other good governance and rule of law measures. Passage of the law would enable Sierra Leone to meet the minimum eligibility requirements to join the international Open Government Partnership, which meets in London from October 31 to November 1.

Sierra Leone has applied to join the Extractive Industries Transparency Initiative, which works to improve openness and accountability about how revenues from natural resources get managed.But its bid was suspended in February, pending further information, because of insufficient documentation of mining revenue and company payments.

Transparency of government information in Sierra Leone has been hindered by the country’s criminal libel law, which the authorities invoke against journalists, civil society members, and others who criticize the government. On October 25, two journalists from a privately owned newspaper, the Independent Observer, were arrested, charged with sedition and other offenses, jailed, and denied bail for criticizing President Koroma.

"If fully and effectively implemented, the new information law can help transform Sierra Leone into a model of transparency and rule of law for all of West Africa," said Solomon Sogbandi, Sierra Leone director at Amnesty International. "We urge the president to show the necessary leadership and political will by signing this long-awaited bill into law."