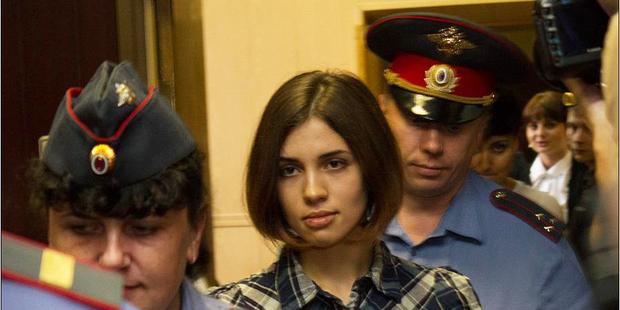 Nadezhda Tolokonnikova’s whereabouts have been unknown since 22 October 2013. © Denis Bochkarev

The continuing refusal to disclose the whereabouts of a member of the Russian punk group Pussy Riot, who is rumored to be in transfer to a prison colony in Siberia, shows the authorities’ efforts to silence her, Amnesty International said.

Nadezhda Tolokonnikova has publicly complained of threats she received from prison officials. We are concerned that she now may be being punished for this and for speaking out about deplorable prison conditions.

“Russian authorities must immediately tell her family where she is and allow her access to a lawyer. She is a prisoner of conscience who should have never been taken to jail in the first place. Refusing to say where she is simply fuels rumours of the worse case scenario.”

Nadezhda Tolokonnikova’s whereabouts have been unknown since 22 October when she was reportedly taken from the penal colony where she was serving a two-year prison sentence. It is believed she is being transferred to another place, but the destination has not been revealed.

Her husband has now said a penitentiary administration source informed him of the possible move to a prison colony in Siberia.

“If reports are true, transferring her to a prison colony thousands of kilometres from Moscow would make it almost impossible for her relatives and lawyers to see her. This would be a violation of her human rights and of Russia’s own laws.”