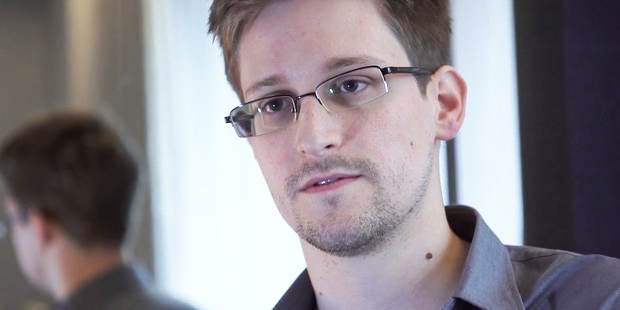 US officials have said the whistleblower Edward Snowden should not be granted clemency. © The Guardian via Getty Images

Any potential trial of whistleblower Edward Snowden would amount to political persecution if it covers his revelations about the US government’s human rights violations, Amnesty International said today.

Over the weekend top US officials, including the White House and leading lawmakers, went on the record saying the former intelligence agency contractor – who has been granted temporary asylum in Russia – should not receive clemency for leaking information about the USA’s wide-reaching surveillance programmes.

“Edward Snowden is a whistleblower who has disclosed an unlawful global digital surveillance programme that has violated the right to privacy of millions of people. As such, he has grounds to seek asylum abroad out of well-founded fears the USA would persecute him for his actions,” said Erika Guevara Rosas, Americas Programme Director at Amnesty International.

“The calls by top US politicians to deny him clemency have only lent credence to concerns that he cannot face a fair trial in the USA. If Snowden's prosecution included his revelations about human rights violations by the US government, it would constitute a violation of his right to freedom of speech and amount to persecution for his political opinions.”

Senior US government officials, including Secretary of State John Kerry, have described Snowden as a "traitor," raising serious questions about the fairness of any trial he would receive in the United States.

The US government has charged Snowden under the Espionage Act, which would preclude him from launching a public interest whistle-blowing defence under US law. If prosecuted and found guilty, he could face imprisonment of up to 10 years per charge.

Based on publicly available information about Snowden, Amnesty International believes that he is very likely to be in need of refugee protection or other international protection. Such a determination can only be made formally following a fair and satisfactory assessment of the claims by an independent, competent and specialized authority in the country of asylum.

Since Snowden’s revelations earlier this year, Amnesty International has repeatedly called on the US authorities to address concerns about the serious threat to privacy posed by the digital surveillance programmes.

“It is shocking the extent to which the USA’s security apparatus has used secret courts to allow massive, sweeping and systematic invasions into the right to privacy of people living in the USA and around the world,” said Erika Guevara Rosas.