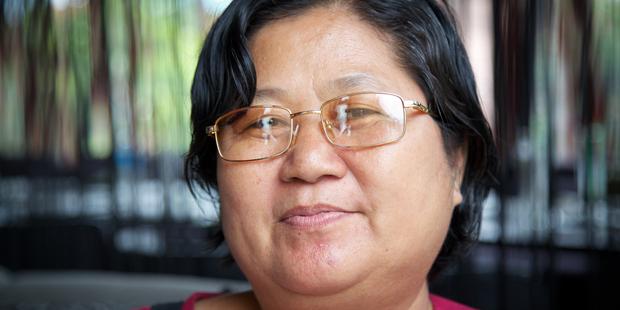 Naw Ohn Hla is amongst the prisoners of conscience released in Myanmar today. (C) Flora Bagenal

The release of several prisoners of conscience in Myanmar today is a positive step, but time is running out for the government to keep its promise to release everyone imprisoned for peaceful activism by the year’s end, Amnesty International said.

Myanmar today announced the release of 69 political prisoners, including several prisoners of conscience.

"Today's release is of course welcome, but the fact remains that there are many imprisoned for peaceful activism still behind bars in Myanmar. President Thein Sein has promised to release all prisoners of conscience by the end of the year, but time is running out for the government to show that this was not just empty words," said Isabelle Arradon, Amnesty International’s Asia-Pacific Deputy Director.

"We continue to receive reports of peaceful activists and human rights defenders being harassed and at risk of imprisonment for nothing but expressing their opinions. This has to end immediately, otherwise releases like the one today will be meaningless."

Among those released today is the prominent Karen women human rights activist Naw Ohn Hla, who was sentenced to two years in prison with hard labour in August 2013 after peacefully protesting a copper mining project in August 2013. She was given a conditional release.

"Naw Ohn Hla should never have been locked up in the first place, and the fact that she has been given a conditional release and is still facing other charges is not good enough. She and others like her should be released unconditionally," said Arradon.

During a visit to the United Kingdom in July this year, President Thein Sein announced that by the end of 2013 there would be no prisoners of conscience in Myanmar.

However, among those still behind bars are Dr Tun Aung, a Rohingya Muslim serving 17 years in prison for his peaceful activities when trying to halt communal violence last year, and Kyaw Hla Aung, a prominent human rights defender who has been arbitrarily detained since 15 July 2013 and is currently on trial facing a lengthy prison sentence.

"Dr Tun Aung and Kyaw Hla Aung--along with all prisoner of conscience in Myanmar--must be released immediately. They are behind bars for nothing but their peaceful activism and the exercise of their right to freedom of expression," said Arradon.

"Myanmar must ensure that, throughout its transition and beyond, there is space for civil society and for human rights defenders to work free from harassment and threat of criminalisation."