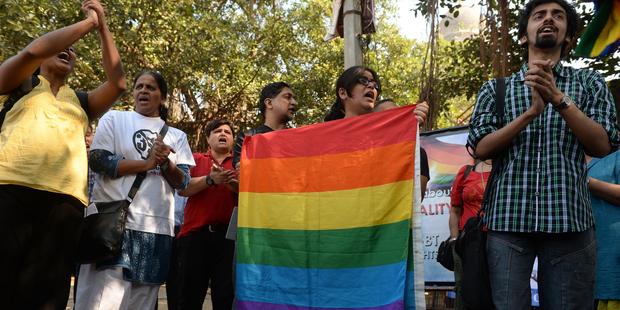 “This decision is a body blow to people’s rights to equality, privacy and dignity,” said G Ananthapadmanabhan, Chief Executive, Amnesty International India. “It is hard not to feel let down by this judgement, which has taken India back several years in its commitment to protect basic rights.”

The Supreme Court overturned a historic ruling by the Delhi High Court in 2009 which had decriminalized consensual same-sex activity between adults. The Supreme Court said that Section 377--which criminalizes “carnal intercourse against the order of nature”--was constitutionally valid, and said that the Government could take legislative steps to repeal the law.

The Delhi High Court had ruled in 2009 that the outlawing of consensual adult same-sex relations was discriminatory and violated the rights to equality, privacy and dignity set forth in the Indian Constitution.

The case was initially brought by the Naz Foundation, an Indian sexual rights organization. Following the Delhi High Court ruling in 2009, a group of private bodies, including faith-based and religious groups, appealed the decision in the Supreme Court.

India’s central government did not appeal the ruling. The Attorney-General told the Supreme Court in March 2012: “The government of India does not find any error in the judgment of the High Court and accepts the correctness of the same.”

Refuting claims that homosexuality was ‘not Indian’, the Attorney General said, “The introduction of Section 377 was not a reflection of the existing Indian values and traditions; rather it was imposed upon the Indian society by the colonisers due to their moral values.”

In a review of India’s human rights record before the UN Human Rights Council in 2012, the Government of India quoted the Delhi High Court’s decision to signify its progress on human rights issues.

“The government of India has said that it is in favour of decriminalizing homosexuality. Now is the time to act on its word. Parliament must immediately pass legislation to restore the rights and freedoms that have been denied today,” said G Ananthapadmanabhan.