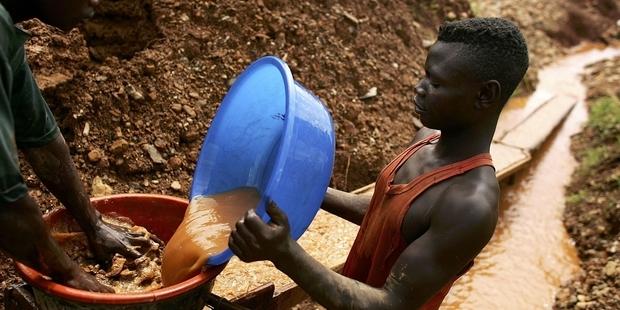 US corporate interests must not be allowed to invalidate the Conflict Minerals Rule, which requires companies to investigate and disclose whether their products contain certain minerals that help fund armed groups in mineral-rich countries in Africa, said Amnesty International today.

The US Court of Appeals for the District of Columbia Circuit will hear a challenge by three industry groups against the rule on Tuesday. Amnesty International joined the lawsuit to support the rule.

This legal challenge to the Conflict Minerals Rule is nothing but a crass effort by industry groups to put profits ahead of principles, said Steven Hawkins, Executive Director of Amnesty International USA.

The rule was required by Congress to save lives and stop human rights abuses by curbing the flow of funding to armed groups operating with impunity in the areas these minerals are mined in Democratic Republic of the Congo and other central African countries.

The Conflict Minerals Rule was required by the US Congress in 2010 as part of a raft of measures to reform business practices after the 2008 economic downturn.

Minerals from conflict zones are used in a range of popular consumer products, including mobile phones, computers, light bulbs and tin cans.

As well as a longstanding armed conflict in eastern DRC, where many of the minerals to manufacture such products are found, fresh armed conflicts have recently broken out in its mineral-rich neighbours Central African Republic and South Sudan.

The link between armed groups and the minerals trade is well-documented, including in authoritative reports by United Nations-appointed experts.

In 2010, the US Congress passed the Dodd-Frank Wall Street Reform and Consumer Protection Act in a bid to enhance transparency and help consumers and investors make more informed decisions. It targeted the trade in and exploitation of minerals in DRC and surrounding countries because it recognized that companies’ use of such minerals fuels demand, which in turn funds the armed groups involved in conflict.

When the Act was being drawn up, the US Chamber of Commerce and other business groups unsuccessfully tried to weaken the Conflict Minerals Rule.

In a last-ditch attempt to invalidate the rule, the industry groups wrongly assert that it breaches the First Amendment of the US Constitution. They argue that requiring companies to disclose their use of conflict minerals violates the free speech provision.

This First Amendment challenge to the Conflict Minerals Rule is particularly nefarious and is simply wrong. Companies can’t hide behind the First Amendment to avoid reporting factual information as part of securities disclosure requirements, said Hawkins.

Disclosures are routinely required in a range of other situations, for example, product labelling laws including tobacco environmental spill reporting and accident reports.

As part of the Dodd-Frank Wall Street Reform and Consumer Protection Act, passed into law in 2010, the US Congress required certain companies that are regulated by the Securities and Exchange Commission (SEC) to disclose whether their products rely on conflict minerals (tin, tantalum, tungsten, and gold) from the Democratic Republic of the Congo (DRC) and bordering countries, including the Central African Republic and South Sudan. Congress enacted the disclosure provision, contained in section 1502 of the Act, as a tool to promote peace and security in the region, because trade in these minerals is an important source of funding for armed groups operating in the eastern DRC and elsewhere in the region.

Three business groups have challenged the regulations adopted in August 2012 by the SEC to implement section 1502. They say that the SEC’s conflict minerals rule might make the humanitarian situation worse, that it imposes significant costs without showing any benefits, that it was unreasonable not to create an exception for de minimis use of the minerals, that the rule should not have applied to companies that outsource their manufacturing, and that the rule compels speech in violation of the First Amendment.

In July 2013, the federal district court upheld the rule in full against the industry group challenge.