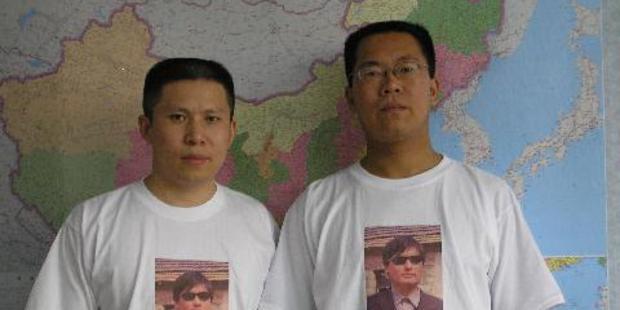 The jailing of prominent Chinese legal scholar and activist Xu Zhiyong is a travesty and he should be released immediately, said Amnesty International.

A court in Beijing sentenced Xu Zhiyong to four years in prison on Sunday for “gathering a crowd to disturb order in a public place.”

“This is a shameful but sadly predictable verdict. The Chinese authorities have once again opted for the rule of fear over the rule of law.

“At best the injustice of prosecuting Xu Zhiyong is hypocrisy of the highest order. On the surface his callsto expose corruption coincide with President Xi Jinping’s own much heralded clampdown.

“But the message sent from the courtroom today runs far deeper: In Xi Jinping ’s China the Communist Party maintains a monopoly on the political process and anyone that speaks out will be severely dealt with.

“The persecution of those associated with the New Citizens Movement demonstrates how fearful the Chinese leadership are of public calls for change.

“Xu Zhiyong’s calls for justice and accountability are entirely legitimate. He is a prisoner of conscience and he should be released immediately and unconditionally.”

Last week a further two activists stood trial in Beijing for their activities linked to the New Citizens Movement; with another four are due to be tried on Monday.

Xu Zhiyong has described the “New Citizens’ Movement” as a peaceful cultural, social and political campaign.

He wrote an article in May 2012, titled China Needs a New Citizens’ Movement, which is credited with spurring a loose network of activists who aim to promote government transparency and expose corruption.

Suggested activities for “New Citizens” include; practicing “New Citizen Responsibility” by rejecting corruption and by doing good for society; participating in civic life by holding meetings to discuss the political situation; helping the weak; and uniting to share and coordinate work.