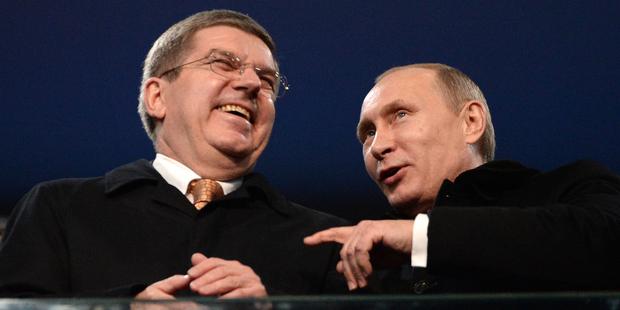 The International Olympic Committee (IOC) must not ignore the serious human rights violations associated with the preparation for and staging of the Sochi Olympic Games, Amnesty International said today.

In a letter to IOC’s President Thomas Bach the organization urges him to raise with the Russian authorities the harassment of environmentalists as well as the denial of the rights to freedom of expression, association and assembly in the context of the Sochi Olympics.

“The Olympic torch sheds light on human rights violations in Russia. It also sheds light on IOC actions regarding human rights violations in the context of Olympic Games. Its failure to admonish the Russian authorities for their ongoing discrimination and harassment is to a failure to live up to the very principles that form the core of the Olympic Charter,” said Salil Shetty, Secretary General of Amnesty International.

“The IOC must take the Russian leadership to task over its blatant violations of human rights in the context of the Games. Not doing so would be a betrayal of the Olympic Charter’s stated goal to uphold spirit of friendship, solidarity and fair play.”

Members of their organization, Environmental Watch of Northern Caucasus in Krasnodar, have faced increased harassment by officials for exposing the destruction of areas of outstanding natural beauty to make room for the Olympic sites.

Igor Kharchenko, who went on hunger strike while in detention, was released yesterday. He told Amnesty International that treatment of detainees in the police cell, where he spent the first night of his detention before his transfer to another detention centre to serve his sentence, is atrocious:

“The police don’t give you food or drink; you have to knock on the locked cell door for half an hour to get them to take you to the toilet; if you are thirsty they tell you to drink water from the tap which is just above the toilet seat. It’s cold in the cell – five degrees Celsius – and bitterly freezing at night. There are no beds – just benches 35 cm wide.”

In a separate case, Evgeny is scheduled to appear in court on 12 February in connection with charges relating to his environmental activism in Krasnodar. He may face three years in prison.