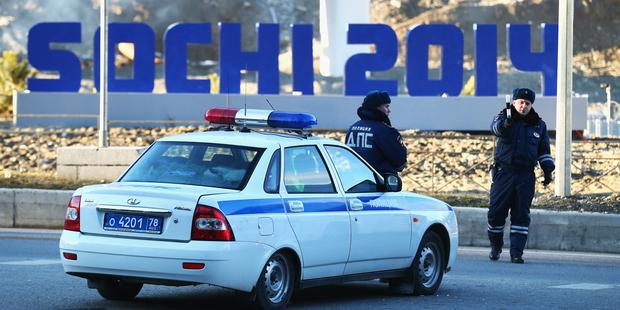 There are reports of arrests of activists in Sochi and the Olympic Games area almost daily.(C)Ryan Pierse/Getty Images

The Russian authorities must immediately release nine people – including activists and journalists – who have been arrested in central Sochi, Amnesty International said.

Nadezhda Tolokonnikova and Maria Alyokhina, former prisoners of conscience jailed for their peaceful activism as part of the punk collective Pussy Riot, complain of having been arrested in Sochi for the third time in as many days. Today the authorities claimed this was related to a theft at a hotel where they stayed. The activists believe it is in connection with a music video they were planning to make.

In Putin’s Russia, the authorities have turned the Olympic rings – a worldwide symbol of hope and striving for the best of the human spirit – into handcuffs to shackle freedom of expression.

People are being targeted merely for peacefully speaking their minds. The Russian authorities must end this downward spiral of human rights violations around the Olympic Village.

Among those arrested by police and plainclothes officials on 16 February were Semyon Simonov of the human rights centre Memorial, journalists from Radio Free Europe and the Russian independent daily Novaya Gazeta, and local civil rights activist David Hakim. Hakim was also arrested yesterday for his one-man picket in support of prisoner of conscience Yevgeniy Vitishko.

According to Tolokonnikova, the Russian authorities have accused them of being involved in a theft at the hotel where some of them were staying in Sochi. She believes the real reason for their ongoing harassment in Sochi was their plan to film a music video titled “Putin will teach you how to love your Motherland.

The arrest comes just days before 21 February, the second anniversary of Pussy Riot’s performance of a protest song in Moscow's main Orthodox cathedral. The event led to the imprisonment of Tolokonnikova, Alyokhina and bandmate Yekaterina Samutsevich on “hooliganism” charges.