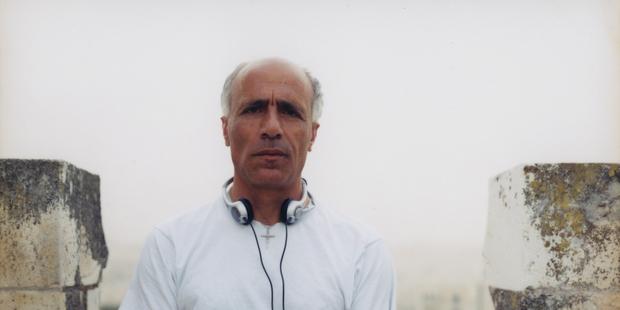 Mordechai Vanunu served an 18-year-prison sentence for disclosing information to journalists about Israel’s nuclear arsenal during the 1980s.(C) Adam Broomberg and Oliver Chanarin.

Ten years after serving a full sentence for his revelations to the press about Israel’s nuclear weapons programme, Mordechai Vanunu still faces severe restrictions that arbitrarily infringe on his freedom of movement, expression and association, said Amnesty International.

The former nuclear technician served an 18-year-prison sentence, the first 11 years of which were in solitary confinement, for disclosing information to journalists about Israel’s nuclear arsenal during the 1980s.

Since his release in 2004, renewable military orders, have placed Mordechai Vanunu under police supervision. Among other things, he is banned from leaving the country and participating in internet chats. He must also seek permission to communicate with any foreign nationals, including journalists.

“The authorities’ continued punishment of Mordechai Vanunu appears to be purely vindictive.   The government’s arguments that these severe restrictions are necessary for national security are ludicrous,” said Avner Gidron, Senior Policy Adviser at Amnesty International.

Israeli officials claim that restricting Mordechai Vanunu’s freedom is necessary to prevent him from divulging further secrets about Israel’s nuclear programme. He has, however, repeatedly stated that he revealed all he knew about Israel’s nuclear arsenal in 1986 and that he has no further information. He and his lawyers have also pointed out that the information he had at the time of his imprisonment has now long been in the public domain and is about 30 years out of date.

“The restrictions on Mordechai Vanunu are arbitrary, unnecessary and have no grounds in international law. The continuing restrictions on his liberty have placed a severe strain on his mental and physical health and should immediately be lifted,” said Avner Gidron.

Amnesty International is calling on the Israeli authorities to allow Mordechai Vanunu to leave the country if he wishes, and to allow him to exercise his rights to freedom of movement, association and expression while in Israel.

Last December, following an appeal by his lawyer, the High Court of Justice upheld the restrictions imposed by the Ministry of Interior on Mordechai Vanunu, which prevent him from leaving Israel, and ban him from entering a consulate or embassy or coming with 500 meters of international borders, border passages, harbours or airports.  And they upheld the requirement that he seek permission before contacting foreign nationals. The current restrictions, which are due for renewal in May 2014, should be lifted immediately.

Mordechai Vanunu is a former technician at Israel's nuclear plant near the southern town of Dimona. He revealed details of the country's nuclear arsenal to the British newspaper, The Sunday Times, in 1986. He was abducted by Israeli secret service (Mossad) agents in Italy on 30 September 1986 and secretly taken to Israel. He was tried and sentenced to 18 years' imprisonment.

In May 2010 he was imprisoned for a second time following his release, for three months, after being convicted of breaching his restrictions by speaking to foreigners and attempting to attend Christmas Mass in Bethlehem. Amnesty International adopted him as a prisoner of conscience. He was held for 11 weeks under harsh conditions in solitary confinement in Ayalon Prison near Ramle in central Israel, in a special unit for dangerous prisoners and was able to leave his cell for only one hour every day. The prison authorities said they decided to place him there in order to protect him from attacks from other inmates.

The restrictions he has been subjected to since 2004 are not parole restrictions since Mordechai Vanunu served his full sentence. They are arbitrary and contrary to Israel’s obligations under international law, particularly the International Covenant on Civil and Political Rights, which prohibits arbitrary interference in the rights to freedom of movement, freedom of expression and freedom of association and protects individuals from being punished again for the same offence.

Mordechai Vanunu had been previously held by Israel in solitary confinement for 11 years from 1986 in conditions that Amnesty International at the time called cruel, inhuman or degrading treatment.