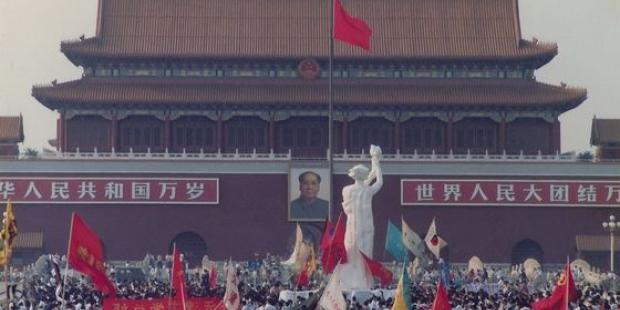 The widespread persecution of activists in the run-up to the 25th anniversary of the 1989 Tiananmen Square crackdown exposes the lie behind President Xi Jinping’s claims to be delivering greater openness and reform, said Amnesty International.

Dozens of activists have been detained, placed under house arrest or questioned by police in recent weeks for attempting to commemorate the hundreds, if not thousands, of unarmed protesters and civilians who were killed or injured in the crackdown.

“The 25th Tiananmen anniversary was a critical test for President Xi’s claims to be delivering greater openness. But Xi has opted for repression over reform,” said Salil Shetty, Secretary General of Amnesty International, who is in Hong Kong this week to pay his respects to the victims of 4 June.

“The response by the Chinese authorities to the 25th anniversary has been harsher than in previous years, as they persist with trying to wipe the events of 4 June from memory.”

Those detained in recent weeks include human rights lawyer Pu Zhiqiang and prominent journalist Gao Yu. Others including Ding Zilin, spokesperson for the Tiananmen Mothers, have been placed under house arrest.

For 25 years, relatives of the victims have fought for justice at great personal cost. Most of the Tiananmen Mothers are now elderly, and a number of the original members of the group – both mothers and fathers - have passed away.

“China’s leaders must stop playing politics with history and instead deliver justice for the victims. These devastated families deserve a full and open account from their government,” said Salil Shetty.

“It’s not too late for Xi to change tack and we urge him to launch an open and independent investigation into the violent crackdown of 1989.”

2014 has seen a wider clampdown against citizens calling for reform – most notably those associated with the New Citizens Movement. Several leading activists associated with the network – whose calls for greater transparency and an end to corruption echo many of the calls made by the pro-democracy protests in 1989 – have received long prison sentences.

Amnesty International reiterates its calls on the Chinese government to: