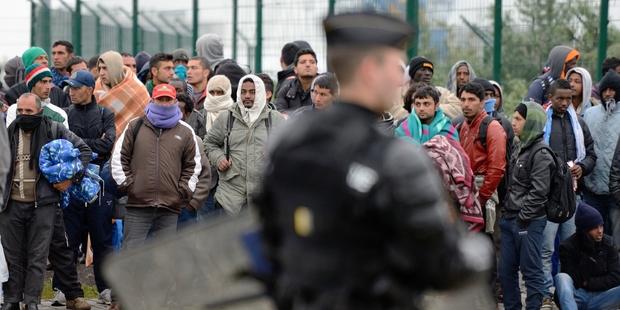 Riot police began to expel around 700 migrants and asylum-seekers from the camps.(C) AFP/Getty Images

Today's expulsion of an estimated 700 migrants and asylum-seekers from camps in northern France risks aggravating the health problems that the authorities say prompted the evictions, Amnesty International has said.

French police this morning encircled the makeshift settlements occupied by migrants and asylum-seekers in the Calais area and began a process of dismantling them, justifying their actions as a response to a reported outbreak of scabies in the camps.

"The French authorities seem to be using forced evictions as a solution to a health care emergency, which risks causing more problems than it solves. It is unclear where those evicted will be able to find new homes and how they will access the necessary health-care treatment,” said Jezerca Tigani, Deputy Director of Amnesty International’s Europe and Central Asia Programme.

“Evicting people is not the answer; a well-thought-out and appropriate health-care plan is what is needed. Sadly this isn’t new; the French authorities have a record of carrying out mass forced evictions without providing adequate alternatives for those evicted.”

Local NGOs reported that the majority of those living in the camps were Syrian, Afghan and Eritrean nationals, some of whom had already sought asylum in France and others who hoped to travel to the United Kingdom.

A group of 10 human rights, medical and migrants’ rights NGOs, including Amnesty International France, wrote yesterday to France's Prime Minister -- in advance of the mass eviction – reminding him of the catastrophic health situation in the camps.

The group urged the French authorities to offer an appropriate health care response instead of proceeding with the eviction.

"It is appalling that the French authorities have proceeded with this mass eviction and paid no heed to the long-repeated warnings of NGOs about the catastrophic health situation in the informal encampments in the Calais area. Reports about the inadequate distribution of scabies drugs on the ground add to our concern,” said Stephan Oberreit, Executive Director of Amnesty International France.

“France must respect its obligation to migrants and asylum-seekers and treat them with dignity, not throw them to the wind."

This morning’s police operation follows a decision by the Prefect of Arras to carry out an eviction for reasons of public health, in response to the reported scabies outbreak.

Reports indicate that only an unspecified number of minors among those evicted will be offered temporary alternative housing.

Amnesty International, domestic NGOs and local associations fear that most of the inhabitants of the camps will be left homeless and susceptible to other human rights violations.

Forced evictions are evictions carried out without adequate notice and consultation with those affected, without legal safeguards and without assurances of adequate alternative accommodation.

Under international law, France must not carry out forced evictions and must protect all people from them, including migrants and asylum-seekers, particularly when faced with an urgent health care situation.

The already precarious living and health conditions in informal settlements are often made worse by forced evictions, which perpetuate a lack of adequate housing and can interrupt treatment and programmes provided by health organizations and NGOs to people living in camps.