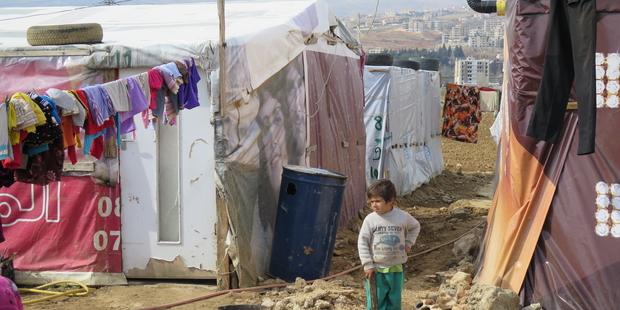 Developing countries are bearing the brunt of the global refugee crisis. (C)Amnesty International

The Security Council’s, and in some cases the UN Secretariat’s, ineffective or delayed responses to ongoing conflicts in Syria, South Sudan, Central African Republic and Iraq, have allowed violence to spiral and countless communities to be devastated before meaningful action, if any, is taken.

Meanwhile, those countries that have blocked any meaningful action on Syria are contributing the least to the global refugee crisis. Russia and China resettled zero refugees in 2013.

Despite their relative economic disadvantage, developing countries are bearing the brunt of the crisis, with Iran, Jordan, Lebanon, Turkey and Pakistan the top five refugee hosting countries.  In 2013, three of those countries - Jordan, Lebanon and Turkey - registered receiving a total of 1,524,979 refugees from Syria alone.

By contrast, the USA records resettling just 36 Syrian refugees in 2013 – although it resettles thousands more from other countries. The 28 countries of the EU have pledged to resettle 30,498 Syrians, although the vast majority - 25,500 - will be resettled in Germany.

Despite the low number of refugees they have to deal with, countries in the developed world often subject refugees and asylum seekers to rights abuses. Greece frequently metes out violence and intimidation to the refugees and migrants arriving at its borders in search of protection, safety and better futures in Europe.

Amnesty International has documented several cases where people have been stripped naked, had their possessions stolen, and held at gunpoint before being pushed back across the border to Turkey.

Australia, which has one of the lowest population densities anywhere in the world, is another offender, hiding serious human rights violations of refugees and asylum seekers at its offshore processing centres on Nauru and Manus Island, Papua New Guinea.

“There is never an excuse for ill-treatment, but it’s particularly abhorrent to see countries subjecting refugees and asylum seekers to treatment they wouldn’t dream of visiting on their own nationals,” said Sherif Elsayed-Ali.

“It’s time for governments in developed countries to stop thinking in terms of ‘us’ and ‘them’. Refugees and asylum seekers have often endured terrible ordeals - they deserve to be protected and treated with humanity and dignity.”