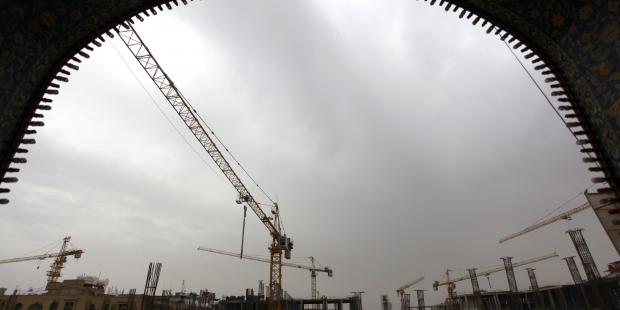 Evidence has emerged which suggests that several hundred Indian nationals may be stranded in the Najaf province of Iraq, unable to return home because their employer refuses to return their passports.

All the workers are reportedly employed by an infrastructure and construction company. Amnesty International India spoke with some of these workers, who said they have not been paid salaries for the past five months.

One of the migrant workers told Amnesty International India over the phone: "The employer holds all our passports and refuses to return them. Without our passports we can't leave this country, and every passing day makes us feel more and more unsafe. We just want to go home."

He said that the workers had raised this concern with the Indian Embassy in Baghdad, which asked them to provide their passport details via text message. The workers sent the details on the morning of 19 June and are now awaiting a response.

Another employee at the company, said: "I have been working here for over two years and my employer is withholding more than US$1,500 of my salary. Most of my colleagues are in the same situation."

Migrant workers, including those from India, are among the most vulnerable groups in Iraq as fighting between government forces and armed groups led by ISIS spreads to other areas in the country. Around 46 Indian nurses are trapped in a hospital in the city of Tikrit, which is controlled by armed groups. There are reports that ISIS and other armed groups have abducted 40 Indian workers in the city of Mosul.

Amnesty International calls on ISIS and other armed groups to immediately and unconditionally release unharmed all civilians they are holding as hostages, and end all attacks on civilians.

Under international humanitarian law, state and non-state actors are obligated to take necessary precautions to avoid endangering the civilian population. The parties to the conflict must facilitate the safe passage of all civilians wishing to flee the fighting. Amnesty International also calls upon the Kurdistan Regional Government and the authorities of neighboring countries to provide fleeing civilians with refuge.